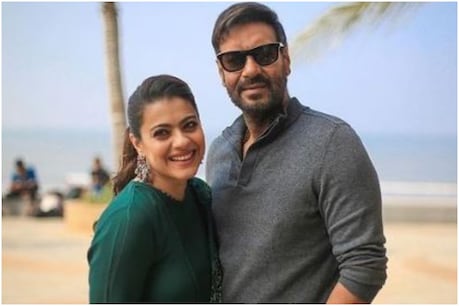 Ajay Devgan will be seen in a new style in ‘Drishyam 2’ (Photo courtesy: Instagram / Ajay Devgn)

New Delhi Malayalam film ‘Drishyam 2’ was very much liked by the audience. About three months ago, the film was released on the OTT platform, Amazon Prime and received a lot of applause from the audience. The first part of this film was also very much liked, whose Hindi remake was also very popular. Ever since the release of ‘Drishyam 2’, there were speculations about its Hindi remake, which has now been proved right. Once again, Ajay Devgan will be seen in the lead role. According to media reports, the official announcement of the remake of ‘Drishyam 2’ in Hindi has been made. Like the film ‘Drishyam’, Ajay Devgan will be seen in a different style in ‘Drishyam 2’. Shreya Saran, Tabu and Ishita Dutta played the lead roles in the 2015 Hindi remake ‘Drishyam’ with actor Ajay Devgan. As of now, there is no news of anyone other than Ajay Devgan being cast in ‘Drishyam 2’. Panorama Studios International, a production company of Kumar Mangat and Abhishek Pathak, has bought the rights to the Hindi remake of ‘Drishyam 2’. According to media reports, producer Kumar Mangat said, ‘After the huge success of Drishyam 2, it is now necessary to tell its story with the same passion and dedication and as a producer, I am completely dedicated to this work. ‘ On this occasion, the writer and director of the Malayalam film ‘Drishyam’ and Drishyam 2 said, ‘The story of Drishyam 2 was very much liked by the audience. I am happy that Panorama Studios will be able to take this film to the Hindi speaking audience. Let us know that the first Hindi remake of ‘Drishyam’ was also made by Panorama Studios. The Hindi film ‘Drishyam’ was directed by Nishikant Kamat, who died on August 17 in a hospital in Hyderabad due to a serious illness.