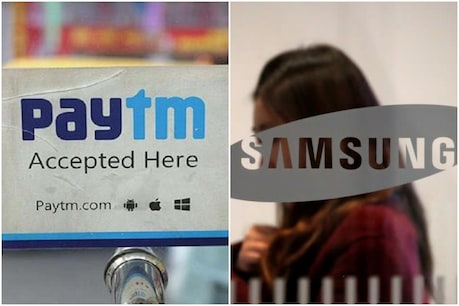 Paytm Foundation and Samsung Corona have come forward to help India amid the crisis.

Paytm, a provider of digital payment services, has announced that the company will set up Oxygen Plants in 12-13 cities of the country, given the current situation caused by the corona virus. At the same time, Samsung has announced financial support in India’s fight against Kovid-19.

New Delhi. Millions of Corona virus (Corona Crisis) cases continue to appear every day in the country. In such a situation, people and institutions of corporate houses, social workers, Bollywood and different countries are extending a helping hand towards India. In this series, Paytm Foundation of digital financial services platform Paytm has announced to set up Oxygen Plants in 12-13 cities of the country. With this, oxygen will be supplied to hospitals battling the second wave of Kovid-19. These oxygen plants will be directly installed in hospitals, which will meet the oxygen requirement of the entire hospital. Paytm will provide oxygen to state governments and hospitals In addition to this, the Paytm Foundation has raised 21,000 oxygen concentrators, which will be given to Government Hospitals, Covid Care Facility, Private Hospitals, Nursing Homes and Resident Welfare Associations. The company has recently raised Rs 10 crore from the country under ‘Oxygen ForIndia’. In this, the Foundation has also contributed 10 crores on its own behalf. The company is in talks with state governments and hospitals for setting up oxygen plants. As soon as the approval for this, these oxygen plants will be made available free of cost to government hospitals. read this also- Gold Price Today: Gold Continues Continuously, Silver Reaches Across 70 Thousand, See New Price InstantlySamsung will provide $ 3 million aid to Uttar Pradesh and Tamil Nadu Samsung has announced a grant of $ 5 million (Rs 37 crore) to the Central Government and the State Governments to contribute to India’s fight against Kovid-19 and support the healthcare sector with the necessary medical equipment for hospitals. Samsung will provide $ 3 million in aid to Uttar Pradesh and Tamil Nadu along with the central government. In addition, Healthcare will provide $ 2 million worth of medical supplies to support the system. This includes 100 oxygen concentrators, 3000 oxygen cylinders and 1 million LDC syringes. These materials will be made available to the states of Uttar Pradesh and Tamil Nadu. read this also- Shock to the Indian economy! Goldman Sachs slashed India’s economic growth forecast for FY 2021-22
Samsung will spend the vaccination of its 50 thousand employees LDS or low dead space syringe minimizes the amount of drug left in the device after injection, ensuring maximum use of the vaccine. In existing syringes, a large amount of the drug remains after use and is wasted. The new technology has demonstrated up to 20 percent higher efficiency. If 10 lakh doses are given from the existing syringe, then the LDS syringe can give 12 lakh doses with the same amount of vaccine. Samsung has helped the manufacturers of these syringes to increase production. In addition, as part of its civic initiative, Samsung will bear the vaccinations of more than 50,000 of its eligible employees and beneficiaries in India.