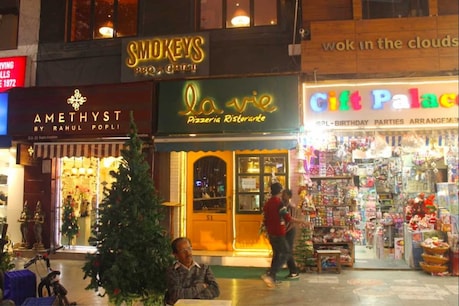 Delhi khan market: Due to the Corona crisis, the rent of the Khan Market in Delhi has been reduced by 8 to 17 percent. Enrock has given information about this, giving advice about the property.

New Delhi: If you too are planning to get a rent shop in Khan market (Delhi khan market) then this time is right for you. Let me tell you that there has been a lot of decline in rent in this marque these days, so in this market you will find a shop for cheap rent in this well-known market. Explain that due to Kovid-19 epidemic, monthly rent in Delhi’s famous and expensive retail market Khan Market has been reduced by 8 to 17 percent during January-March compared to the same period of last year. Enrock has given information about this, giving advice about the property. According to the company’s statement, in the same period, rent in markets like Bandra Linking Road, Kala Ghoda and Fort in Mumbai has also reduced by 5 percent to 10 percent. Pankaj Ranjan, chief operating officer and joint managing director of Enrocket Retail, said the retail sector is one of the most affected areas since the beginning of 2020 due to the epidemic. Also Read: Bill Gates Divorce: Bill Gates And Melinda Separate, Know How Much Property It Owns? The effect of lockdown is visibleThere were no sales between the lockdown and for a few months thereafter. We are seeing whether retail shopkeepers are closing their shops or reducing future spending plans. He said that due to this the average monthly rent in the retail markets in major cities has come down. However, there are some markets where there is a trend of increasing fares. For example, in places like Gachibowli, Banjara Hills, Jubilee Hills of Hyderabad, the average fare has increased in the first quarter of 2021 as compared to the first quarter of 2020. Also read: Business on Demand! Earn 50 thousand every month by applying just 2 lakhs, the government will also help
Out of the list of top-20 markets The report said that India’s mine market had dropped by 14 percent in 2020 from the list of top 20 most expensive markets in terms of rent. Khan Market was ranked 21st in this list. During this period, the reduction in fares in Kolkata and Bangalore were 18 and 14 percent respectively. In Chennai and Ahmedabad, the decline was less than two percent.