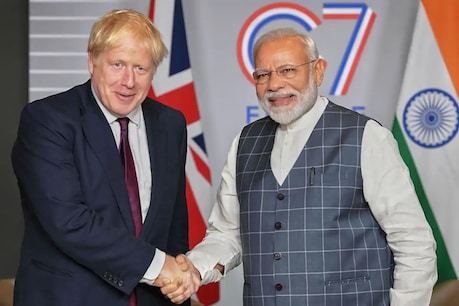 London. The British government on Tuesday finalized a £ 1 billion investment agreement with India ahead of the virtual summit between British Prime Minister Boris Johnson and India’s Prime Minister Narendra Modi. This will create more than 6,500 jobs. The UK Prime Minister’s Office has confirmed the investment on Monday evening. It is part of the Advanced Business Partnership (ETP). This will be formally signed by the two leaders during their talks. The ETP will set an ambitious target of doubling UK-India bilateral trade by 2030 and efforts will be made to move towards a Comprehensive Free Trade Agreement (FTA). ALSO READ: JOB TALK: Stay in touch with old company, boss and colleagues, may look for jobs lottery More than 6,500 jobs will help recover from corona virus outbreak British PM Johnson said, “Like all aspects of the UK-India relationship, our economic relations make our people strong and secure.” The virus will help in recovering from the outbreak and it will accelerate the British and Indian economy. With the help of new partnerships and a comprehensive free trade agreement, we will double our trade partnership with India in the coming decade and take the relationship between the two countries to new heights. ” ALSO READ: Success Story: TPA left business to take care of parents, now has a portfolio of 3000 crores
Serum will invest £ 24 million from the Institute of India According to the trade and investment package announced by the British government, new investment of £ 53.3 million will come from India in areas such as UK health and technology. This includes an investment of £ 24 million from the Serum Institute of India, under which a new sales office will be opened. Around 20 Indian companies, along with Pune-based vaccine manufacturer, have announced significant investments in the UK in areas such as healthcare, biotech and software. In the healthcare sector, another Indian company, Global Gene Corp, will invest £ 59 million over the next five years.