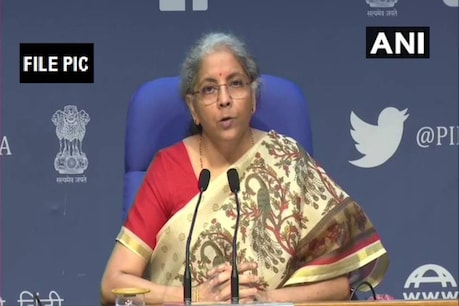 The Finance Ministry has announced a grant to 25 states to deal with corona infection in rural areas.

Due to lack of health care facilities and coronavirus testing in villages, cases of Kovid-19 are increasing rapidly. The Ministry of Finance has released Rs 8,923 crore to 25 states. This amount will be given to local rural bodies.

New Delhi. There has been no stopping the growth of Corona Crisis cases in the country. Still more than 4 lakh new infected are coming out every day. After the Panchayat Elections in Uttar Pradesh, Corona Crisis in Rural Areas are also increasing in rural areas. Not only UP, the number of patients is increasing in rural areas of many states of the country. In view of the current situation, the central government has extended a helping hand. The Ministry of Finance has released Rs 8,923 crore to 25 states. This amount will be given to local rural bodies. The grants will help the bodies to increase their resources The Finance Ministry said that these grants are for the three levels of Panchayati Raj Institutions Village, Block and District. This grant can be used by the rural body to prevent the corona epidemic and reduce the difficulties arising out of it. This will increase the resources of these bodies. According to the suggestions of the 15th Finance Commission, the first installment of the grant was released to the states in June 2020. However, in view of the difficulties being faced by the rise of Corona case, the Finance Ministry has now decided to release the grant before the stipulated deadline on the suggestion of the Panchayati Raj Ministry. read this also- Indian Railways increased special trains for Uttar Pradesh and Bihar, some increased, tickets started booking from todayLack of medical facilities and testing in villages worsens the situation According to the data released by the Ministry of Health on 9 May 2021, there have been 4,03,738 new cases of corona in one day in the country. With this, the total number of cases has increased to 2,22,96,414. The number of active cases of corona has also increased to 37,36,648. Maharashtra, Delhi and Karnataka are among the 10 states that have 71.75 percent share in new cases of Corona. The situation in the rural areas of the country is continuously worsening due to corona. The lack of medical facilities and testing in the villages is making it difficult to stop the epidemic. Since the Panchayat elections held in Uttar Pradesh, new corona cases have increased rapidly in the state.