Now corona test will not be necessary to go to another state, know what changes in rules 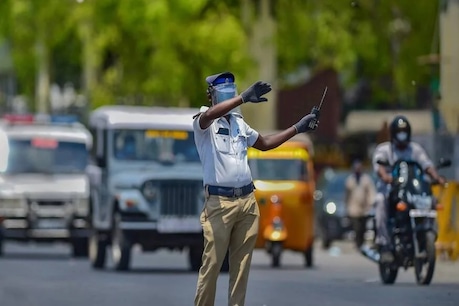 Corona test report is not necessary to go to another state.

The ICMR has instructed all people to follow the protocol of Kovid-19 to avoid corona. E-pass is still mandatory in the states where lockdown is in place.

New Delhi. There is a second wave of Corona going on in the country, due to which there is an atmosphere of chaos. The Indian Council of Medical Research (ICMR) has issued an advisory, stating that people traveling interstate will no longer need to undergo RT-PCR test. However, this regulation is only for perfectly healthy people. ICMR further said that there is no need to repeat the RT-PCR test of a person whose test has been positive once before. ICMR has issued this advisory to reduce the load on COVID-19 testing laboratories due to the second wave of corona. After issuing advisory, the interstate travel will become much easier for the necessary passengers. The ICMR further said that such persons who have symptoms like Kovid or Flu should not take such journey nor travel interstate with non-essential work. The ICMR has instructed all people to follow the protocol of Kovid-19 to avoid corona. E-pass is still mandatory in the states where lockdown is in place. Also read: Booking of this electric bike had to be stopped after demand increased, know what is special Along with this, according to the policy of the Government of India, there will no longer be any need to get the COVID patient discharged from the hospital also tested. There are a total of 2,506 testing laboratories in India, including TrueNAT, CBNAAT, RT-PCR and other platforms. If working in three shifts, about 15 lakh tests can be done daily.ALSO READ: 2021 Mahindra Bolero to be launched soon by the company; know how the new SUV will be There is an increasing number of people conducting tests, due to which there is a lot of pressure on labs to give timely results. The ICMR has also recommended to increase testing in government and private health facilities.