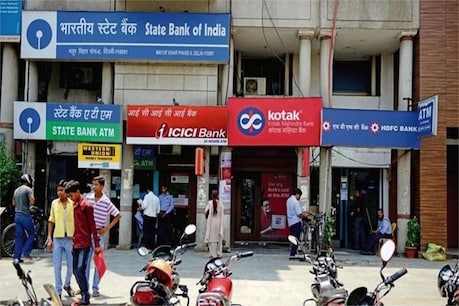 New Delhi. The central government will implement the idea of ​​Bad Bank by next month to reduce the problem of banks’ stuck loans. National Asset Re-Construction Company Limited (NARCL) or Bad Bank may start from June. Indian Banks Association CEO Sunil Mehta has claimed this. Finance Minister Nirmala Sitharaman had announced the Asset Re-Construction Company or Bad Bank while presenting the budget for the financial year 2021-22. A financial institution that takes over and resolves stranded debts or bad assets of banks is called a bad bank. In a conversation with news agency PTI, Sunil Mehta said that there will be participation of government and private banks in the establishment of Bad Bank. Various types of works are going on to prepare the Bad Bank. He said that the biggest benefit of Bad Bank will be to collect identified non-performing assets (NPAs). Also read: Liquor essentials in this state like medicine, milk and vegetables, liquor shops will remain open in lockdown Lead bank will offer sale of NPA According to Mehta, Bad Bank will be much better in recovery of NPAs. The reason for this is that different banks will be connected to it. Right now there are many problems in solving the problem of bad loans. Mehta said that Bad Bank will takeover the bad loans identified on behalf of banks. He said that the lead bank will offer the sale of NPA. At the same time, other asset re-construction companies will be invited to buy NPAs. ALSO READ: Success Story: TPA left business to take care of parents, now has a portfolio of 3000 crores
Bad Bank will give 15% of the value of the loan in cash. Mehta says that Bad Bank will give 15% of the value of the loan in cash. The remaining 85% value will be given by the government as guaranteed security. If there is a loss against the value, then the government guarantee can be redeemed. Significantly, for easy solution of NPA, IBA proposed to set up Bad Bank last year. The government agreed to the proposal and asked to open a bad bank on the lines of Asset Re-Construction Company (ARC) or Asset Management Company (AMC).