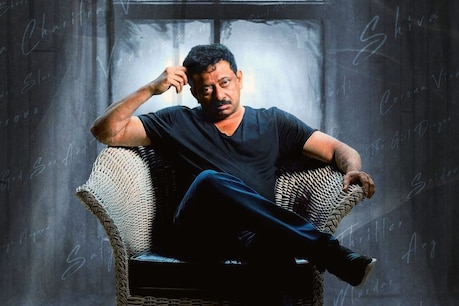 On the occasion of Mother’s Day, the whole world had wished her mother, while Ram Gopal Varma (Ram Gopal Varma) has to think differently on this. He has wished only those mothers on Twitter who gave birth to ‘Quality Products’.

Mumbai. Yesterday, on the occasion of Mother’s Day, there was a buzz on social media. Film stars continued to share memories associated with their mother. The stars shared their special pictures and videos with mother on social media and congratulated them on Mother’s Day. Also shared his special memories associated with him. Famous director of Bollywood in this episode Ram Gopal Varma Made a tweet after which he came into the headlines. This tweet of the director has surprised everyone. On the occasion of Mother’s Day, the whole world had wished her mother, right there. Ram Gopal Varma Let’s think about it differently. He has wished only those mothers on Twitter who gave birth to ‘Quality Products’. While he did not wish his mother this day. Ram Gopal Varma recently wrote on Twitter that all mothers produce children but I want to wish only those mothers who have produced quality products, however I will not do my mother who gave birth to a worthless person like me… Mom , Very unhappy Mother’s Day to you because I never gave you even 1 day of happiness. This tweet of director Ram Gopal Varma has surprised everyone. Twitter users are constantly reacting to their tweets. before this Ram Gopal Varma Under world don Chota Rajan (Chota Rajan) has made headlines by tweeting. After taking two tweets one after the other with Chhota Rajan, people on social media (Ram Gopal Varma Troll) had put him fiercely.Ram Gopal Varma The first tweet followed the rumor, when discussions started that Chota Rajan had died from Corona. He tweeted and wrote- Kovid killed Chhota Rajan and he did not mind that he was at number 2 of D Company. He further wrote Tanj Karse – I wonder why he (Chhota Rajan) shot it? I am seriously speaking that I wonder how Dawood Ibrahim must be feeling. Let us tell you that Ram Gopal Varma has presented many films related to fantastic crime and underworld in Bollywood, he has given many hits to Bollywood so far.