When the audience saw the intimate scene between Salman Khan and Disha Patani, they felt that Salman had broken his old policy of not kissing onscreen.

New Delhi The entire country is battling the Corona epidemic (Covid-19), but Salman Khan (Salman Khan) is keeping his promise and releasing ‘Radhe: Your Most Wanted Bhai’ on Eid 2021 Huh. Disha Patani is the lead actress in the film. Recently, the actress revealed many things about the Controversial Kissing Scene with Salman Khan. Let us know that the song ‘CT Maar’ of Salman’s most awaited film ‘Radhe’ is becoming very popular among the fans. During a conversation with Koymoy, Disha Patni revealed many things related to the film. He told about his conversation with director Prabhudheva. Apart from the fun filled atmosphere on the set, many things related to the film were done. Together, the actress also talked about which scene she discussed with Salman. After watching the intimate scene between Disha and Salman, the audience felt that Salman had broken his old policy of not kissing onscreen. But later, it was revealed that the superstar had covered his mouth with tape. Talking about this in a video, he said that this scene was needed for Radhe. 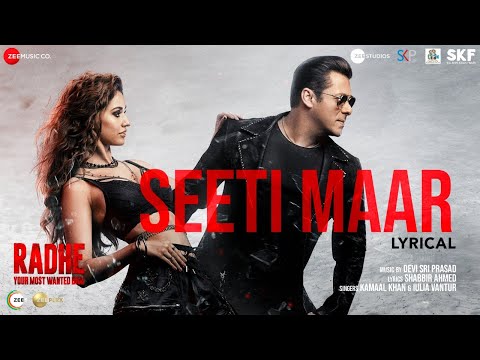 But, with this, Disha Patni has become the first heroine, with whom Salman Khan came very close to breaking the no kiss policy. Talking about the same, the actress said, ‘After all we are actors and that scene was necessary for the film. I mean that once you see that scene, you will understand. Therefore, we are doing what our directors are asking us to do. I mean Salman didn’t really kiss, so I don’t think he broke any kind of rule. ” Disha also spoke on the release of the film amidst the corona epidemic. He said, ‘I am very grateful that at such a time, one of our films is being released. It was stuck for a year. Therefore, I am very happy that it is finally releasing. I hope it reaches people and entertains them, especially during this difficult time. ‘