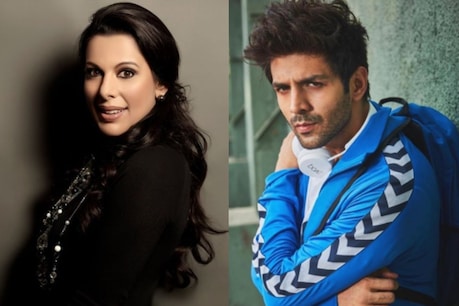 Karan Johar has kicked out Karthik Aryan from his film ‘Dostana 2’. After which Karan Johar once again came into the discussion due to nepotism on social media. Now the actress Pooja Bedi has reacted to this matter and has kept her point.

Mumbai. Kartik Aaryan Janhvi Kapoor Signed to play the lead role in Karan Johar’s ‘Dostana 2’. But then the news came that Karan Johar has kicked out Karthik Aryan from his film. After which Karan Johar once again came into the discussion due to nepotism on social media. Now the actress on this matter Pooja Bedi Has reacted to this and has kept his point. According to media reports, nepotism in Bollywood especially Kartik Aaryan On the incident with Pooja Bedi said that there are equal opportunities for all. He told that I also had to audition for the show Masaba Masaba. People envy people who have a certain privilege. If an actor’s child wants to work in the same industry, then it is wrong to accuse him of nepotism. Pooja Bedi He further said that there are many stars who are outsiders and they have created their own identity on their own. He said that there are many stars like Preity Zinta, Sushmita Sen, Aishwarya Rai, Shah Rukh Khan, Madhuri Dixit who came into the industry without background and have now become an icon. We also have many people who were part of the industry but could not get that position. Kumar Gaurav debuted with a brilliant love story but his career could not progress further. Let’s say that according to Zoom Digital, a close source told that Dharma Productions is replacing Karthik in the film. The film has been one and a half years and suddenly they want a change on the script. They have now made plans to never work together. He has been blacklisted. It is very unprofessional and it has never happened to Dharma that an actor has shot for several days and then done a drama.