On the occasion of Mother’s Day 2021, Salman Khan has shared a post for his mother. The special thing is that he has shared photos of both his mothers i.e. Salma Khan and Helen and wishes them Mother’s Day.

Mumbai Bollywood superstar Salman Khan is very close to his family and this fact is not hidden from anyone. Salman is seen with his family on every occasion. Especially know how protective and respectful are his brothers about their parents. Now on the occasion of Mother’s Day 2021, Salman Khan has shared the post for his mother. The special thing is that he has shared photos of both his mothers i.e. Salma Khan and Helen and wishes them Mother’s Day. Sharing the picture of both, Salman Khan writes- ‘Happy Mother’s Day. Be safe This actor’s post is being well liked among his fans. Many users are also happy that on this special occasion, Salman Khan remembered not only his mother but both of them and gave their best wishes for this special day. The fans of Bhaijaan are also commenting that they do not make any difference between their real mother Salma and step mother Helen. 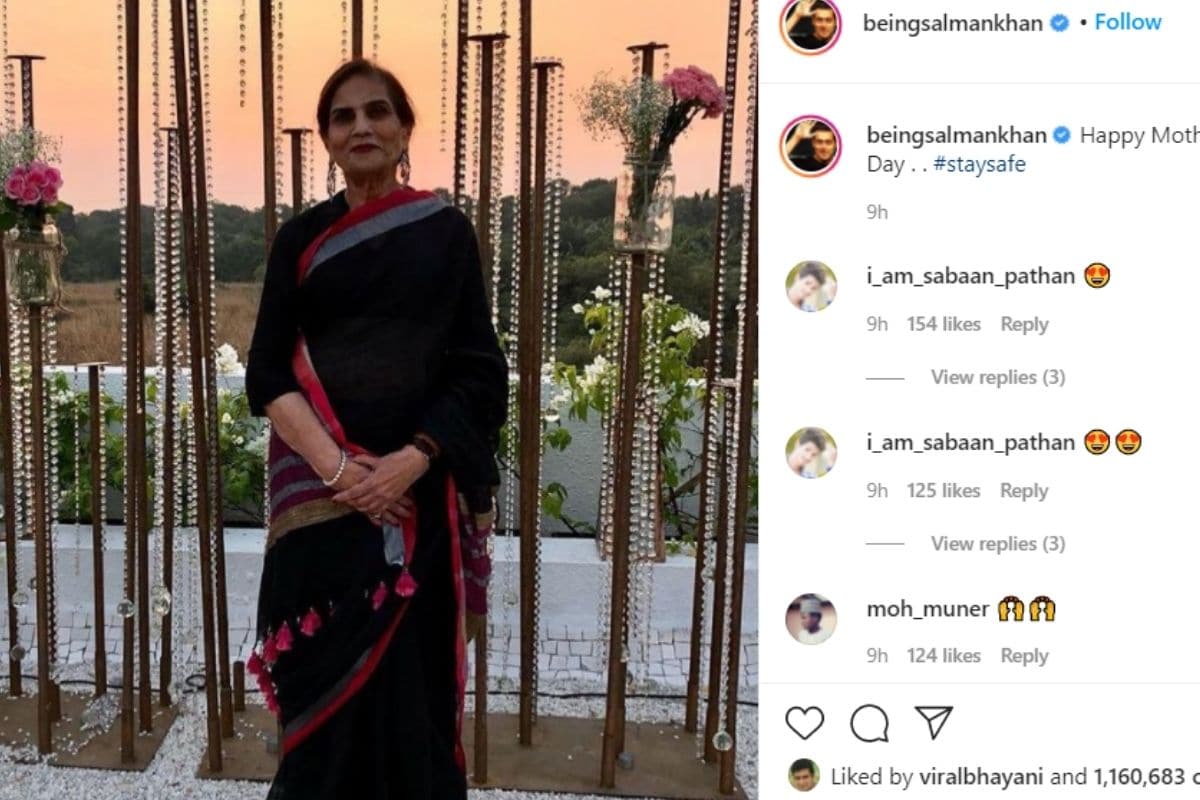 It is known that Salim Khan married Salma Khan for the first time, which led to his son Salman Khan. He then married Helen. At the same time, Salman Khan shares a good bonding with both his mother Salma and Helen. Which is seen on every occasion. This is the reason why on the occasion of Mother’s Day, he shared a photo of both his mothers and has wished both of them Mother’s Day. Salman Khan has shared the picture of Salma Khan, in which she is seen posing wearing a black sari. At the same time, Helen is seen in a maroon color suit. Let me tell, Salman Khan has also worked in a film with mother Helen. Both have worked together in the super hit movie ‘Hum Dil De Chuke Sanam’. At the same time, soon Salman is going to give the gift of ‘Radhe: Your most wanted brother’ to his fans on Eid.