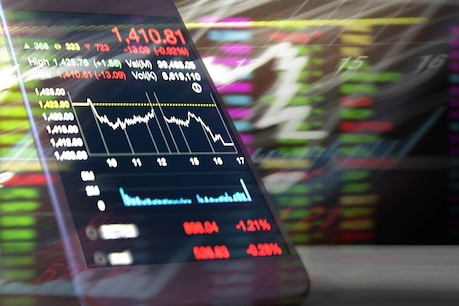 Mumbai. The stock market opened on Monday on the first trading day of the week. Sensex gained 307 points to 49515 OPEN. The Nifty is moving above 14,940. Almost all sectoral indices are trading in green mark.

Mumbai. The stock market opened on Monday on the first trading day of the week. The Sensex gained 289.58 points (0.59%) to OPEN at 49496.05. The Nifty is moving above 14,940. Almost all sectoral indices are trading in green mark. Prior to this, the last trading days of the previous week also closed with an increase in the market. Even among Corona, the market has maintained its momentum on Monday as well. Global signs look good on the first day of the week. SGX NIFTY has jumped 140 points and crossed 15 thousand. There is a great boom in Asia as well. In the US, the DOW closed at record levels on Friday. The market is expected to continue moderating Fed policy due to declining job growth. Also read- Mutual fund buying for second consecutive month even after Corona crisis, Rs 5,526 crore invested in shares during April Signal from overseas marketOn Friday, the Dow closed at record level by climbing 230 points. The S&P 500 also set a new record in intraday. The market gained momentum despite a weak April jobs report. 2.66 lakh new jobs have been added as against 10 lakh estimate. The unemployment rate rose to 6.1 percent in April. The dollar index has reached a 2-month low. Here after the cyber attack, the huge pipeline in the US has been closed. Also read- Corona’s second wave kills! Business loss of Rs 6.25 lakh crore due to lockdown and curfew The closure of the pipeline in the US has led to a boom in Brent crude. Crude oil has gained 2 percent and Brent crude has reached 69 dollars per barrel. Gold has crossed over $ 1830 and silver on Comex. At the same time, copper prices have reached new record levels.
Today Asian markets strengthen Today, the Asian market is trading with an edge. SGX NIFTY is trading around 15,009.00 with a gain of around 140.50 points. The Straight Times is witnessing a slight decline of 0.07 per cent. At the same time, Nikkei is trading around 29,603.69 with an increase of about 245.87 points. The Taiwan market is trading at 17,291.44 with a gain of 0.04 per cent, while Hangseng is seeing a gain of 0.34 per cent. However, Kospi is looking strong at 1.37 per cent. At the same time, Shanghai Composite Flat is doing business.