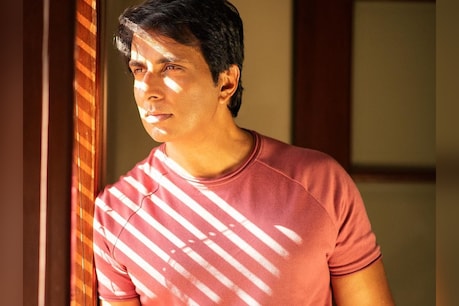 Sonu Sood is constantly extending his help to the people on his behalf. (Photo courtesy Instagram @sonu_sood)

From March last year till now, Bollywood actor Sonu Sood has been seen helping people in this corona period.

New Delhi. Bollywood actors in this Corona period since March last year Sonu Sood Seen helping people. He is constantly extending his help to the people on his behalf. Sanu has emerged as a real life hero from reel life among the people. Sonu believes that we were not at all ready for the second wave of Corona, so now Sonu has already started preparing for the third wave of Corona. During a conversation with a web portal, Sonu said that he is working with companies from China, France and Taiwan to set up an oxygen plant in India, so that if the third wave of Corona comes, we will be ready in advance. Sonu further said that he will soon talk to the companies setting up the oxygen plant and soon he will get the setup of this, which will make the availability of oxygen plants in many states of the country like Delhi, Punjab and Haryana. Sonu says that his team is constantly in contact with people. There has been a lot of increase in this team of Sonu. If they believe, 400 people only receive calls that come for help. On the country facing the second wave of Corona virus, Sanu said that only 1-2% of our GDP is spent on the health system and this is the reason that we were never ready for this epidemic. Sonu says that we have to admit that we have made a mistake.