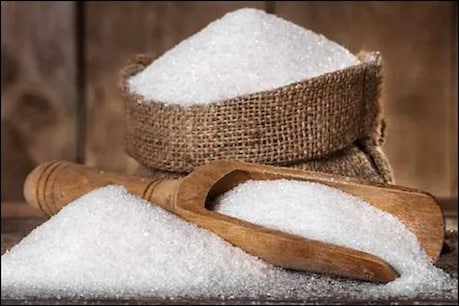 New Delhi. By investing in the stock market, every person wants good returns but there remains confusion about companies. Today we are telling you about sugar companies. Sugar companies are sweetening investment. There is a spurt in listed SUGAR shares in the stock markets. On Monday, Dwarikesh (DWARIKESH) has risen by 14% and Dhampur (DHAMPUR) by more than 18%. PRAJ is also trading up 17%. In the last one month, Shakti (SAKTHI), Dhampur (DHAMPUR) and KCP Sugar (KCP SUGAR) have given excellent returns of 25 to 30%. ALSO READ: Investors of this stock become rich due to Corona, you will be surprised to know the earnings of one year Approval of 10% Ethanol Addition to PetrolProduction of ethanol from sugar has been approved by the government. Additional sugarcane production will boost ethanol production. By the year 2022, it has been approved to add 10% ethanol to petrol. Addition of 20% ethanol to diesel has been approved by the year 2025. In the last 3 seasons, the income of sugar mills has reached 22000 crores. ALSO READ: Success Story: TPA left business to take care of parents, now has a portfolio of 3000 crores Along with domestic reason, global factor is also the reason for boom
Not only is there a domestic reason behind this speed of sugar, but there is also a global factor behind it. Talking about domestic factories, 422 proposals have been approved by the government under the interest subvention scheme. There will be a capacity of 1684 crore liters under the subvention scheme. An investment of Rs 42000 crore is possible on the ethanol blending proposal. Companies are taking interest in this. ALSO READ: Dealing with NPAs may start in June, Bad Bank, public-private banks will partner India due to reduced production in Brazil and Thailand According to experts, there is a possibility of reducing sugar production in Brazil and Thailand. Brazil and Thailand are the world’s largest sugar exporters. India will benefit from reduced production in Brazil and Thailand. Also read: If you are buying a dream car, then keep these five things in mind; prices will benefit