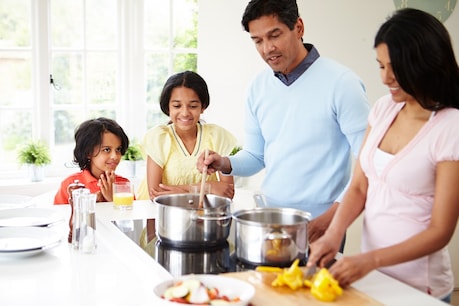 Earlier it was believed that women would take care of household chores and children, but now the time has changed. Now both men and women go outside the house to earn money.

Some jobs are decided as soon as they are born. These works are distributed according to the gender. It is the society that decides which work should be done by men and which women. As the age increases, the society starts making a different picture like that men and women should stay apart from each other, they should look differently in their behavior, their dressing style should be different, their responsibilities too. Should be different, their expressions should also look different. Now it is a matter of thinking, why is a kind of gender seen in a fixed scale. However, people accept and accept the rules set by the society. Let us tell you what are the common beliefs related to gender roles and how these rules have changed over time. Dress for yourself, not to make people happy Previously, if a man wore clothes like girls, he was seen with a different look, but now it has become a fashion statement. It was not considered good to use makeup by men, but now many types of makeup products are also used by men. At the same time, women who were earlier limited to only dress and skirt are now wearing loose pants and hooded pullovers. She even carries coat pants and jackets like boys. Also read: Marriage is going to be done in the Corona era, so the bride and groom must keep these things in mindAnyone can make money The number of such fathers who take care of the children and also do household work is now increasing compared to the mother. Earlier it was believed that women would take care of household chores and children, but now the time has changed. Now both men and women go outside the house to earn money and the men also share the hand of women in household chores. Your feelings are not only yours
Earlier it was believed that men are powerful. He was always expected to show courage. They did not have to be weak at any point but now emotional or weak men are not considered different. Also, there is nothing wrong in this that a woman solves a big problem alone or a man cannot cry when he is unhappy. Also Read: Is Corona Affecting Long Distance Relationship? Keep love with the help of these tips Adventure and hobbies are for everyone Today women can also carry heavy goods and men can also design something new or can decorate the house. In today’s time, men who prefer to do yoga at home instead of doing workouts in the gym are not considered weak. Women do not need any superpower to drive fast. She can do any work easily. Even a racer can drive a car or sport bike.