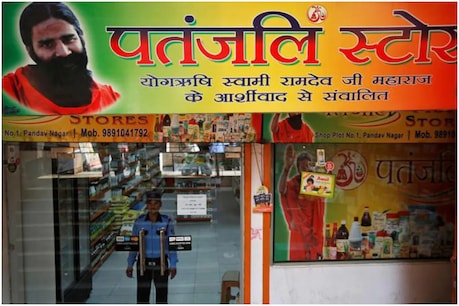 According to Ruchi Soya Industries, it has signed a deal with Patanjali Natural Biscuits Private Limited (PNBPL). For this, the Board of Directors has also signed the Business Transfer Agreement (BTA). Soon, Ruchi Soya will acquire this business of Patanjali.

New Delhi. Ruchi Soya Industries is going to acquire Patanjali’s biscuit business. The company is buying Patanjali Natural Biscuit Private Limited (Patanjali Natural Biscuit) for Rs 60.02 crore. The company said that on 10 May 2021, the Board of Directors has also signed the Business Transfer Agreement (BTA). The acquisition process will be completed within two months. Ruchi Soya Industries has said that the acquisition amount will be paid in two installments. In this, 15 crore rupees will be given on or before the closing date of the agreement. The remaining Rs 45 crore will be repaid within 90 days of the closing date. The liabilities will also be transferred to Ruchi Soya along with the existing assets. Ruchi Soya said that there are some contract manufacturing agreements in the deal. Not only this, along with employees, Assets will also be transferred. All licenses and permits, including existing assets and liabilities, will also be transferred to Ruchi Soya. The purpose of this acquisition is to enhance the company’s existing product portfolio. Ruchi Soya is doing business in India with brands like Nutrilla, Mahakosh, Ruchi Gold, Ruchi Star and Sunrich. There was a time when Ruchi Soya was steeped in debt. After this, Patanjali Ayurved bought the company for Rs 4350 crore in 2019. For this, Patanjali had to take a loan of Rs 3200 crore. read this also- LIC’s holdings reach all-time lowest among listed companies, know which companies increased stake in fourth quarterBaba Ramdev’s companies are Ruchi Soya and Patanjali Natural Biscuits Patanjali to buy Ruchi Soya for Rs 1200 crore from State Bank of India (SBI), 400 crore from Syndicate Bank, 700 crore from Punjab National Bank, 600 crore from Union Bank of India and Rs 300 crore from Allahabad Bank Had taken a loan It is clear that Ruchi Soya and Patanjali Natural Biscuits Private Limited are the only companies of Baba Ramdev. Pantjali was started by Baba Ramdev and Acharya Balakrishna in 2006. At present, Acharya Balkrishna holds a 99.6 percent stake in the company. Baba Ramdev is the co-founder of the company. At the same time, Baba Ramdev is a non-executive non-independent director in Ruchi Soya.