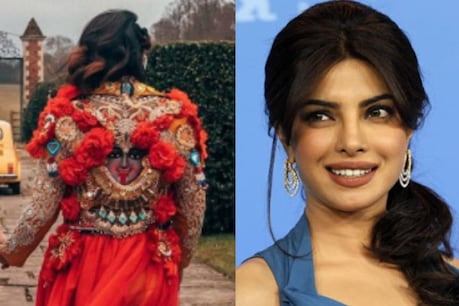 Priyanka Chopra is being trolled with this jacket. Photo courtesy- @ priyankacloset / Instagram

Priyanka Chopra is often targeted by trolls (Priyanka Chopra Jonas trolls) due to her fashion sense. The picture of ‘Maa Kali’ is seen in the back side of the jacket worn by ‘Desi Girl’.