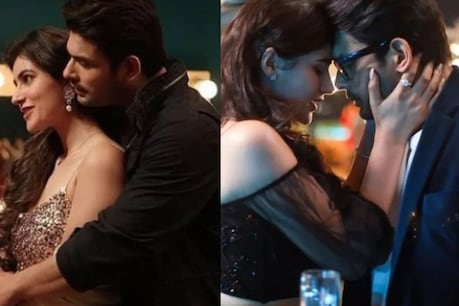 For the first time, Siddharth Shukla and Sonia Rathi will be seen together.

Both parts of Broken But Beautiful proved to be hits. Now for the first time in the third season, the pairing of Siddharth Shukla and Sonia Rathee is going to explode.

Mumbai. The winner of Bigg Boss 13 is buzzing about the most awaited and romantic web series ‘Broken But Beautiful-3’ by Sidharth Shukla. The third season features Siddharth Shukla and Sonia Rathee in the lead roles. After the release date, now the series has been released by Ekta Kapoor (Ekta Kapoor) on the occasion of Eid, after seeing this, the excitement of the fans has increased further for the third season. Both parts of Broken But Beautiful proved to be hits. Now for the first time in the third season, the pairing of Siddharth Shukla and Sonia Rathee is going to explode. While releasing the trailer, Ekta Kapoor shared on Instagram, writing: ‘Pray for the world on the occasion of Eid and Akshaya Tritiya! Soon all is well … our world and our heart never end, it changes. The story of Rumi and Agastya is similar to this. Sometimes what you want is not there. We want our show to be announced at a better time. Still, we hope #BrokenButBeautiful3 can serve as your break during these difficult times.

The first two seasons of ‘Broken But Beautiful’ featured a tender love story of Veer and Sameera (Vikrant and Harleen) and now in season 3, the new pair will now take a new turn with Siddharth and Sonia. Please tell that in this web show, Siddharth Shukla is going to play the role of Agastya Rao. In this, Sonia Rathi is also going to come out in the mainlead. A few days ago, a video of the series went viral on social media, in which Siddharth and Sonia were seen kissing each other. Seeing the chemistry between the two, their fans were also mad.