IRTF told Gadkari to eliminate black spots from roads, know how many dangers are there 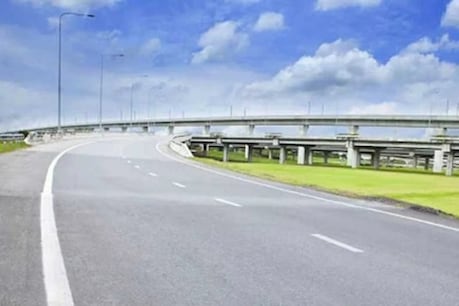 IRTF has told Nitin Gadkari in his letter that he should soon issue guidelines for MoRTH, NHAI and NHIDCL to eliminate black spots and gray spots.

New Delhi. The International Road Federation (IRTF) works for road safety in the world. This institution also investigates the safety of roads in all countries and helps the Ministry of Roads with the information it has collected. In such a situation, recently the IRTF has written a letter to Union Road Transport and Highways Minister Nitin Gadkari, that it should follow the scientific guidelines developed by the Indian Roads Congress. In which it has been mentioned that the black spots on the existing roads in the country should be fixed. How dangerous are black spots / gray spots – Blackspot / gray spot in the road network is an important thing in road safety. If there is more black spots and gray spots on the roads, then the chances of accidents increase more. At the same time, IRTF President KK Kapila said that MoRTH, NHAI and NHIDCL are working black spots and gray spots in a scientific manner without any. Which can be harmful for people. Also read: Kia’s idea to buy Celtos and Sonnet! So first know how much will have to be done for delivery The task of eradicating the black spot has been going on since 2015 – In 2015, MoRTH released the black spot list on the roads in the country for the first time. But even after 6 years, there has been no decrease in road accidents in the country. In such a situation, Kapila, president of IRTF, says that the current black spot has not been worked out properly.Also read: Hyundai’s micro SUV AX1 will be launched soon, here’s how it will be features At the same time, he said that recently the Union Transport Minister has asked all the regional officials and project directors of MoRTH, NHAI and NHIDCL to improve the road safety situation in the country by removing all black spots / gray spots. But it is difficult to come up with good results without scientific way. In such a situation, he said that it would be better to follow the guidelines of the scientists of the Indian Road Congress. IRTF said guideline to be implemented soon – IRTF has told Nitin Gadkari in his letter that he should soon issue guidelines for MoRTH, NHAI and NHIDCL to eliminate black spots and gray spots.