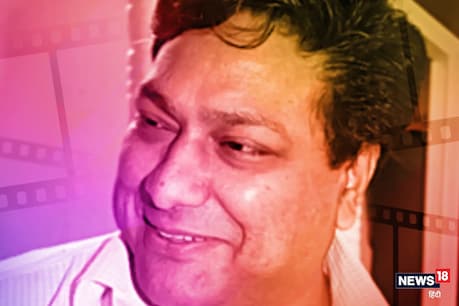 Dialogue writer Subodh Chopra of films like ‘Murder’ and Rog (Rog) won the battle for Corona. He died 6 days after the negative report was received due to post-Kovid Complications.

Mumbai. There is bad news from the film industry. 49-year-old film dialogue writer Subodh Chopra died at 11:30 pm on Friday. Subodh had made his mark by writing dialogues for successful films like Emraan Hashmi-Mallika Sherawat starrer ‘Murder’ and Irrfan Khan starrer ‘Rog’ (Rog). Some time ago he was infected with Corona virus, but after treatment his report had come negative. 6 days later, Post Kovid Complications took his life. Talking to the Times, Subodh Chopra’s younger brother Shanky gave information about his death. Shanky told that ‘last Saturday his corona report had come negative. But on this Monday i.e. May 10, his condition worsened. His oxygen level suddenly started falling. He was feeling very tired and his blood pressure was also increasing. This morning his condition worsened, so I admitted him to the Lifeline Hospital in Malad, but he died of cardiac arrest. All these complexions happened after Kovid was free. Shanky told that ‘Subodh wanted to direct a Hindi film, but his wish remained incomplete. He directed ‘Vasudha’ in Malayalam. He was a talented person ‘. Both Subodh and Shanky’s brothers were very close to each other. The family members, friends as well as the people associated with the film industry are in shock due to the death of Subodh Chopra. Subodh Chopra was active in the entertainment industry since 1997. He started as a screen and dialogue writer from DD1’s serial ‘Reporter’. The serial was directed by Vinod Pandey and Shekhar Suman, Mona Ambegaonkar and the late Raj Kiran played an important role in it. Subodh directed many advertising films. Apart from this, Subodh also wrote an episode of the TV serial ‘Haqiqat’ and 6 episodes of ‘Rishtey’. Not only this, he also directed many episodes of ‘Savdhaan India’.