New electric version of Mahindra XUV 300 will be launched soon, 375km range will be available in single charge 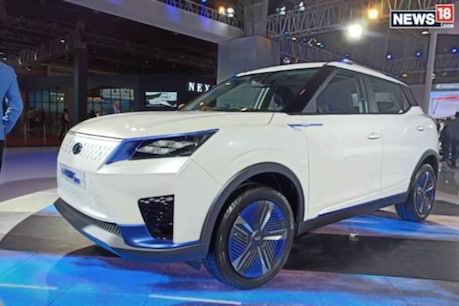 The electric version of Mahindra XUV300 will be launched soon.

Mahindra has designed this SUV on a modular architecture 350 and electric scalable. Mahindra can use an electric motor of 350W capacity in it.

New Delhi. Since the beginning of 2021, customers are getting more attracted towards the electric vehicle segment vehicles. After the increase in the prices of petrol and diesel, electric vehicles have attracted the attention of customers. Keeping this in mind, all automobile manufacturers are offering their own electric vehicles in the market. In the electric segment, Mahindra & Mahindra Company is also preparing to introduce the electric version of its XUV300. The company had been working on the SUVs of the XUV300 and KUV100 models for a long time. At the last Auto Expo, Mahindra introduced both these SUV models. According to media reports, Mahindra may launch its electric car model XUV300 next year. According to reports, Mahindra will intensify its hold in the electric vehicle segment in the coming times. Between 2025 and 2030, the Mahindra company will share 30 to 50 percent in the electric vehicle segment. Even before the Mahindra XUV300, the company has launched its electric car e-Verito sedan, which is also being sold in the market for a long time. Also read: 2021 Ducati Streetfighter V4 launched in India, know the features and price Mahindra XUV 300 Range – According to media reports, the company will present two variants of this SUV in the market. Its low variant will give a driving range of 200 km in single charge, while its high variant model will be able to give a driving range of up to 375 km in single charge. After the launch, this SUV will compete with Tata Nexon, which offers 312 km of driving range in a single charge.Also Read: Hyundai’s Dhansu Offer! Electric cars can save entire Rs. 1.50 lakh on Kona till May 31 – know how Battery Pack in Mahindra XUV300 – Mahindra has designed this SUV on the modular architecture 350 and electric scalable. Mahindra can use an electric motor of 350W capacity which gives power from 60 kW to 280 kW.