The trailer of the film ‘Dangerous’, directed by Ram Gopal Varma, has been launched (Photo courtesy: Instagram / ram_gopal_varma)

Director Ram Gopal Varma is going to launch his OTT platform Spark OTT on Saturday (May 15). The director’s next film ‘D Company’ will be streamed on this platform.

New Delhi Ever since the corona epidemic (Covid-19) began, the presence of people on OTT platforms has increased. Fear of infection and restrictions on theaters have encouraged entertainment on OTT. Many platforms like Amazon Prime, G5, Netflix have emerged in this hall. Sensing the beauty of time, famous director Ram Gopal Varma, whose film ‘D Company’ is also going to be released soon, has brought an OTT platform. The name of this OTT platform is – Spark OTT. In an exclusive conversation with News18, when Ram Gopal Varma was asked why he had launched his own OTT platform, the director said that the genre he prefers to make films without having to interrupt the audience. For, they have brought their own OTT platform. Let us know that this OTT platform is launching on Saturday (May 15). 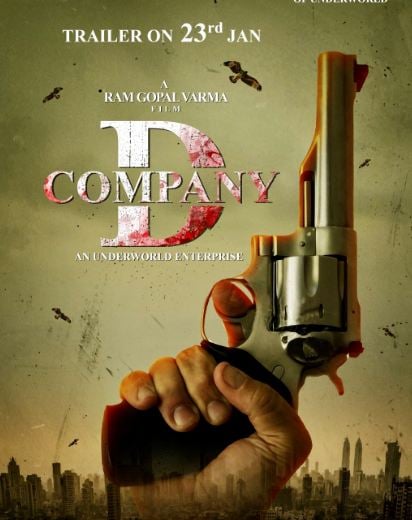 Like other OTTs, TV shows, movies, short series, web series will be seen in this platform. The special thing is that Ram Gopal Varma’s next film ‘D Company’ will be streamed on this platform only. Like many director films, the film also depicts the story of the underworld. When Ram Gopal was asked about the film, he said, “This film is the real story of underworld don Dawood Ibrahim and his gang members.” The film depicts the real events that took place in Dawood’s life between 1980 and 1982. The film was slated to release on March 26, but was not released due to any reasons. After the death of actor Sushant Singh Rajput, the debate about nepotism and outsider in Bollywood intensified. When Ramgopal was questioned on this, he said that nepotism is everywhere in the society, the same thing is happening in the film industry. Ultimately, the audience decides who to like, not whom. Recently, the trailer of the film ‘Dangerous’, directed by Ram Gopal Varma, has been launched. It is said that this film is India’s first Lesbian crime-thriller film.