Radhe: The video of ‘Zoom Zoom’, a song by your most wanted brother (Radhe Your Most Wanted Bhai) has come out. The song has been shot on Radhe and Diya.

Mumbai. Bollywood’s ‘Bhaijaan’ means Salman Khan’s film Radhe: Your most wanted brother (Radhe Your Most Wanted Bhai) has been released. Due to the immense love of the fans, the film ‘Radhey’ has made a record on OTT. The film is getting mixed reviews from the critics. After the release of ‘Radhey’, now a BTS video of a film song ‘Zoom Zoom’ has been shared which tells how the song was shot during lockdown. Radhe: The video of ‘Zoom Zoom’, a song by your most wanted brother (Radhe Your Most Wanted Bhai) has come out. The song has been shot on Radhe and Diya. In the music video, Radhey is seen wooing the direction. The behind-the-scenes video showed that the song was shot after being eased into lockdown. The shoot was handled by choreographer Cesar Gonzalvis, while director Prabhudheva joined the team through a video call from Chennai. The video also gives a glimpse of the precautionary measures being taken on the set and the imprudence of Salman. 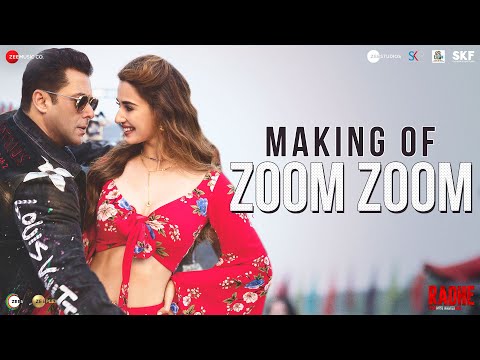 In this video, Disha and Salman are doing a dance step that suddenly the direction’s balance deteriorates and it starts falling. But Salman saves them from falling. During this, both stars are also seen laughing. After watching this video, the fans are praising Salman Khan fiercely. In the video, Disha is seen thanking the entire team along with Salman. Let us tell you that the film has been directed by Prabhudheva. The film stars Salman Khan as well as Disha Patni, Randeep Hooda, Bigg Boss fame Gautam Gulati and Jackie Shroff. In the film, Salman Khan will be seen in the role of a police officer who will end the drug mafia.