cost of this essential part of electric vehicle will be only 3500 rupees, vehicles will be cheaper than this, know everything 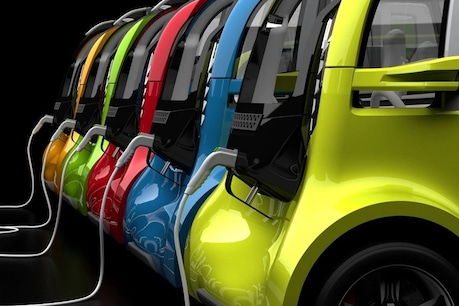 The government fixed the price of the electric car charger.

To facilitate the development of the EV charging ecosystem, the Department of Science and Technology (DST), Office of the Principal Scientific Advisor (PSA), Government of India, is working with the NITI Aayog team on this challenge.

New Delhi. The Government of India is ready to roll out a new low-cost AC charging point, which will help in the adoption of electric vehicles by reducing the initial cost of setting up the charging point. For this, a price of Rs 3,500 has been set for a low-cost EV charging point. The low-cost, EV charging initiative essentially aims to enable the adoption and expansion of the benefits of EVs, especially two-wheeler and three-wheelers, in Tier 2 and 3 cities, towns and villages in India. Two-wheeler and three-wheelers are the most economical forms of motorized transport in the country. They account for about 84% of total vehicle sales. The EV is expected to be the fastest adopted among these two segments. By 2025, it is expected that 4 million vehicles can be sold every year, which will increase to around 10 million by 2030. Therefore, according to the government, any charging solution to cater to this sector must be highly scalable, easily accessible by the public, support interoperability, and be affordable. Also read: Indian youth caught by police doing stunts with Tesla! If left untouched, then bought a new car and done the same stunt, then arrested To facilitate the development of the EV charging ecosystem, the Department of Science and Technology (DST), Office of the Principal Scientific Advisor (PSA), Government of India, is working with the NITI Aayog team on this challenge. A committee consisting of stakeholders, EV manufacturers, auto and electronic component suppliers, power utility and communication service providers are all working together in fast track mode, which includes testing of space, prototype products. These are to be formally released by the Bureau of Indian Standards (BIS).Also read: Renault, Nissan, Kia and Hyundai SUVs will be available for only 7 lakh rupees, know everything This group has put a price of Rs 3500 for this charging point. In which smart AC charge point is available and you can operate it from smartphone too. This low-cost AC charge point (LAC) provides power of up to 3 kW for charging e-scooters and e-auto rickshaws. Many Indian manufacturers are already ready to make this charge point device according to Indian standards, with a target price of less than Rs 3,500. The LAC device can be highly scalable and deployed to any location where a 220V 15A single phase line is available, mainly metro and railway stations, shopping malls, hospitals, office complexes, apartments and even grocery stores. And is available in the parking lot of other shops.