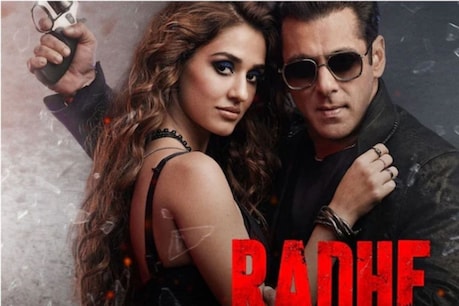 Radhe has been released on the occasion of Eid.

Salman Khan’s film has been rated very poor by the Internet Movie Database i.e. IMDB for the film ‘Radhey: Your Most Wanted Bhai’. The film has a rating of 2.5.

Mumbai. Salman Khan and Disha Patani starrer ‘Radhe: Your Most Wanted Bhai’ has failed to keep pace with the audience. Released on OTT to the people in the Corona era. There was a lot of buzz about the film, but Salman Khan’s film on IMDb has got very poor rating. On the other hand, the fans of Bhaijaan created history on OTT and made ‘Radhey’ one of the most watched films. Salman Khan’s film has been rated very poor by the Internet Movie Database i.e. IMDB for the film ‘Radhey: Your Most Wanted Bhai’. The film has a rating of 2.5. Radhe has been released in both theaters on OTT. But Radhe, released on G5, has been seen mostly by the fans on OTT, which is why the film made a record but IMDB has told the film to be useless. This is not the first time with Salman Khan’s film that his film has exploded at the box office and has been lagging behind in terms of ratings on IMDb. Even before this, many of his films have earned a bumper but proved to be a flop on IMDb. This has already happened with ‘Tiger Zinda Hai’, Race 3, Dabangg 3. OTT platform G5 had a server crash after the release of Salman Khan’s film Radhe. The film has got 42 lakh views on G5 only. It is being said that the film has broken all records. However, data from other platforms is yet to be revealed. The traffic that was on the app at 9 pm on the first day of the film’s release was more than the time of launch. Let us tell you that Salman Khan’s Radhe has got a good opening in Dubai and UAE. Not only this, the film has earned hugely in theaters there. Here only 50 percent seats are allowed to watch the film in theaters. In that too, the film has earned 2 crore 77 lakh rupees on the first day.