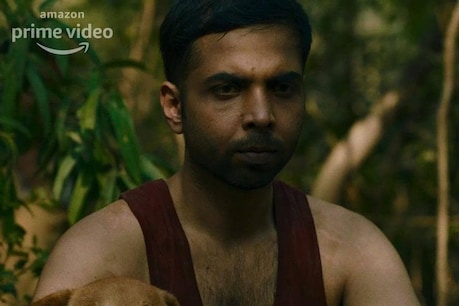 In every new project, Abhishek continues to show his acting skills and proves his ability as he plays a new role every time. (Photo Credit: Amazon Prime Video)

The release of the web series ‘Patal Lok’ took 1 year. Abhishek Banerjee told that, I did not like the choices I gave to Karnesh and Sudeep for the role of ‘Hammer Tyagi’! Finally after a long internal duel I mustered up the courage and auditioned!

Mumbai. It has been a year since the world saw Abhishek Banerjee performing brilliantly in the crime-thriller series, ‘Patal Lok’. Abhishek, who acted in a comic role before this project, showed the fans how versatile he can be while playing in the second genre. He has now shared his experience since the days of Hades. About his Hades days, Abhishek says, ‘Sudeep sir went to see’ Stree ‘in the theater one day and he called me the next day saying that he wants me to play’ Hammer Tyagi ‘ Try it !! He said, ‘He saw a craze in my eyes.’ It was a shock, I did not expect it. I found myself looking in the mirror in search of craze. Initially I did not find the role exciting, Tyagi did not have much dialogue, even less screen time than other characters! I was not very happy to try the audition and I was also the casting director, so I didn’t want to get into an embarrassing situation where I got to hear news of my own rejections from the team. ‘ He further said, ‘Although both Karnesh sir and Sudeep sir were convinced that I can play the role of this character well. The other choices I gave him for the role of ‘Hammer Tyagi’ were not liked by him! Finally after a long internal duel I mustered up the courage and auditioned! I gave it my 100 per cent, but still was nervous when I finally sent them the test. The next morning, Karnesh sir called, I panicked and then I was told that he really liked my audition and I was selected for this role! Oh, is that so! It was a nice relief, but it was just the beginning of a difficult but beautiful journey !! ‘ His show Patal Lok was greatly appreciated as it received strong critical acclaim. Abhishek has also received a lot of praise for his role in ‘Hummer Tyagi’. His role in the series really helped him break free from the comedy personality for which he is known. She is now on the list of every film director director aspiring to be a part of her project. Her recently released anthology film Strange Tales was again a very successful outing for Abhishek as he brought his role to life. Were able to praise again. In every new project, Abhishek continues to show his acting skills and proves his ability as he plays a new role every time. Now they have 5 projects, which are already in the development stage. The ‘Ajeeb Daastan’ fame actor will soon be seen in Rashmi Rocket, Wolf, Aankh Micholi, Dostana 2 and Helmet.