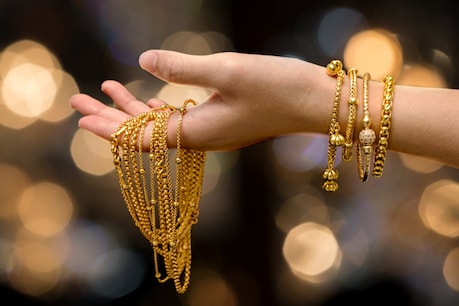 Gold imports surged to $ 6.3 billion in April due to increased domestic demand. According to the data, the import of gold in April last year is $ 28.3 lakh (Rs 21.61 crore).

New Delhi: Gold imports surged to $ 6.3 billion in April due to increasing domestic demand in the country. Gold imports have an impact on the current account deficit of the country. According to the Commerce Ministry data, silver imports fell 88.53 percent to $ 11.9 million in the month under review. According to the data, the import of gold in April last year is $ 28.3 lakh (Rs 21.61 crore). The country’s trade deficit was $ 15.1 billion in April 2021 due to increase in gold imports, which was $ 6.76 billion in the same month last year. On the day of Akshay III, which is considered auspicious for the purchase of gold, the sale was mild compared to the previous position of Kovid. Consumer perception has been affected by ‘lockdown’ and other restrictions in various states to spread and curb the epidemic. Also read: Manrega: Workers upset for MNREGA wages, stuck 9 crores rupees, know how long you will get money Sales on Akshay III have been less than a ton this time.On the occasion of Akshay III, normally 30-40 tonnes of gold are sold, but this time the sales are probably less than a tonne. The country’s current account deficit stood at $ 1.7 billion, or 0.2 percent of GDP (GDP) in the December quarter. India is the largest importer of gold. Gold is mainly imported to meet the demand of the jewelery industry. Exports were adversely affected due to ‘lockdown’ last year. Gems and jewelery exports jumped to $ 3.4 billion in April this year from $ 36 million in April 2020. Last year, the countrywide ‘lockdown’ had an adverse impact on exports. Gold imports in the country vary from 800 to 900 tonnes annually by volume.