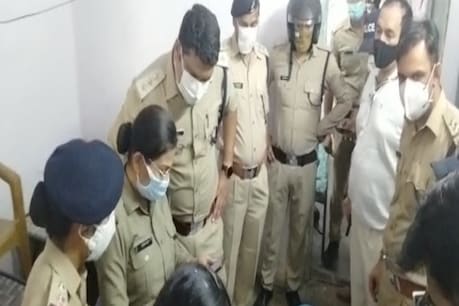 The incident has caused sensation in the surrounding area. At the same time, after information, the police reached the spot and took the body in possession and sent it for postmortem.

Haridwar. A female constable posted in Haridwar RPF has died under suspicious circumstances. The name of the deceased is Manuja, who used to live in a quarterwater in Haridwar railway colony. On Saturday, his body (Dead Body) hanging from the ceiling fan was recovered. At the same time, this incident has spread sensation in the surrounding area. At the same time, after information, the police reached the spot and took the body in possession and sent it for postmortem. Simultaneously, the investigation of the case has been started. At the same time, RPF and Haridwar Police officials reached the spot. Haridwar police removed the body from the fan and sent it to the district hospital for post-mortem. Haridwar CO City Abhay Singh said that the dead body of the deceased RPF constable was found hanging from the fan of his room. Under what circumstances the death of a female constable will be known only after the post-mortem report. Along with this, he also informed that in March 2021, the deceased was posted in Haridwar RPF. At present, this case is being investigated. Kept demanding money from many more people At the same time, a new case of cybercrime came to light in Dehradun yesterday, when the Arghar outpost police registered a case on the complaint of the young man and arrested one of the accused. In fact, on the social site, a young man, resident of Balbir Road, informed of his mother being Covid positive and asked for help for the plasma. The applicant received a call for help and asked for a plaza, demanding Rs 2500. The applicant transferred Rs 300 before Google Pay, after which the accused kept calling him continuously for money. Along with this, the mobile number created by the applicant on the social media, the mobile number of the applicant was deleted and his message was sent on social media. During this time, he kept demanding money from many more people.