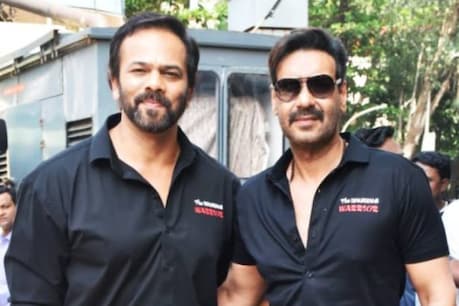 Rohit Shetty has done both comedy and action films with Ajay Devgn. Now his films earn crores of rupees, but he has faced that bad phase in his life at which time he did not have the money even to go by public transport.

Mumbai. Rohit Shetty is now a successful Bollywood director. He has mastered making films in both the action and comedy genres. Many of his films have joined the club of 100 crores. Rohit Shetty is going to start his popular show Khatron Ke Khiladi Ke 11th season (Khatron Ke Khiladi 11) soon. In this show, the contestants are seen doing dangerous stunts. He has done both comedy and action films with Ajay Devgn. Now almost all his films earn crores, but he has faced that bad phase in his life, when he did not have the money to go by public transport. They had to walk for hours to save a few rupees. Rohit Shetty’s father MB Shetty was a famous stuntman. When Rohit was younger, his father’s shadow arose from his head. His family faced financial difficulties. The money was so strapped that he was forced to live in a rented house. His mother also worked to run the house. Due to lack of money, Rohit could not complete his studies. Rohit Shetty worked as Assistant Director in Ajay Devgan’s film Suhag. After this, he was the assistant director of many of Ajay’s films. Ajay Devgan and Rohit Shetty became friends because of doing many films together. For this reason, Rohit decided that he would make his directorial debut with Ajay Devgan. She made her first film with Ajay Devgan titled Bhoomi, which flopped. After this, Rohit was not getting the work of direction. No one was willing to take a chance of getting directions from them. In such a situation Ajay Devgan collaborated with Rohit Shetty. In 2006, Rohit teamed up with Ajay to produce the film Golmaal: Fun Unlimited, which turned out to be a blockbuster hit. After this, many films made with both of them joined the club of 100 crores. Rohit Shetty became established as a successful Bollywood director. Films like Singham, Singham Returns, 4 films of Golmaal series, All the Best were hits.