When the film was leaked after the release of Radhe: Your Most Wanted Bhai, the fans requested Salman Khan to take action. Now Salman Khan has shared a statement on social media, in which he has told that strict action will be taken against these pirated sites. 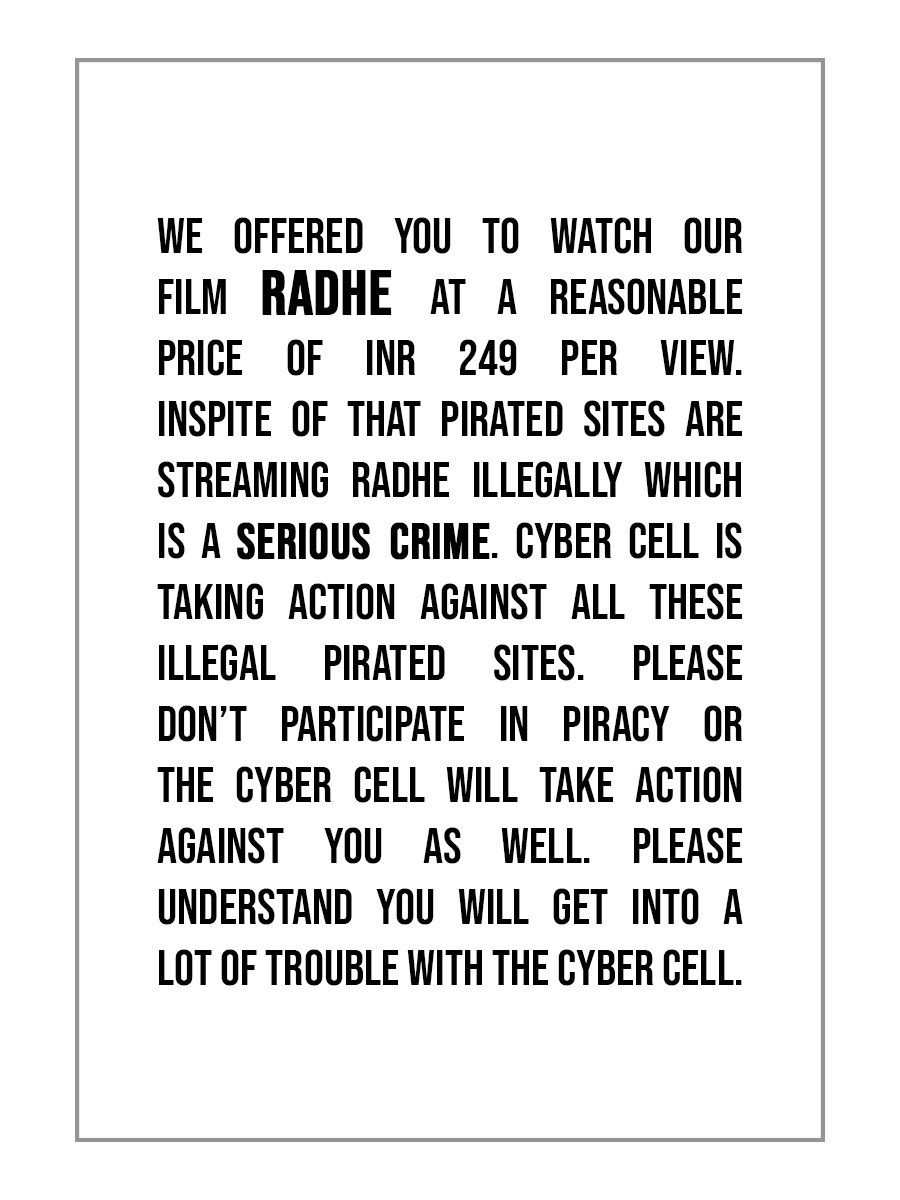 Salman wrote- ‘We have kept you a very normal rate of 249 to watch your film Radhe, despite which pirated sites are streaming Radhe illegally which is a crime. Cyber ​​cells are taking action against all these illegal pirated sites. Please do not become part of piracy or else cyber cell will take action against you too. Please understand, otherwise you will get into big problems with the cyber cell ‘. Before the film’s release, Salman Khan said in a statement on May 12 that a lot of people work hard to make a film and I feel very bad It seems when some people resort to piracy to see it. I want to take a promise from all of you that please see this film on the right platform. This Eid is entirely about the promise of the audience. No Piracy in Entertainment. Let us tell you that the film has been directed by Prabhudheva. The film stars Salman Khan as well as Disha Patni, Randeep Hooda, Bigg Boss fame Gautam Gulati and Jackie Shroff. In the film, Salman Khan will be seen in the role of a police officer who will end the drug mafia.