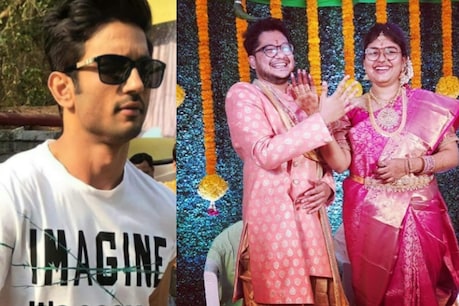 Siddharth Pithani (Siddharth Pithani), a friend of Sushant Singh Rajput, has started his next course of life. Siddharth has engaged, whose picture he has shared on his social media. Let us tell you, the fans of Sushant believe that Siddharth Pithani was also involved in the whole case of Sushant’s death, due to which his time will also come soon. But away from all this, Siddharth Pithani has shared his picture with his fiance. He has written on social media that ‘Just Engaged’, ‘Start of new journey’, but Sushant’s fans are not at all happy with this happiness of Siddharth. Some people have written that friend still the investigation is not complete, your number will come soon. Recently, Samuel Hawok, another friend of Sushant Singh Rajput, got married to his girlfriend. Samuel shared an image of his marriage with his verified Instagram account. Samuel wrote in the caption, ‘There is no more loving, friendly and attractive relationship or anything than a good marriage.’