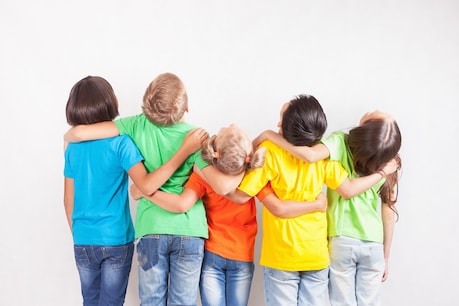 In some rare cases, children up to 6 months of age have been reported to be affected. Image / shutterstock

Experts have been quoted as saying that MIS-C (Multi organ inflammatory syndrome) can affect all organs of the kidneys and brain besides lungs. Its better treatment is possible only when its symptoms (Symptoms) are identified at its onset.

This news related to children’s health is shocking. According to data from the Indian Academy of Pediatric Intensive Care, there have been more than 100 cases of multi-organ inflammatory syndrome in children in North India in the last five days. This thing has shocked everyone. This increase in cases of MIS-C (Multi organ inflammatory syndrome) has been observed in Kovid-19 patients between 4 and 18 years of age. At the same time, in some other rare cases, children up to 6 months are said to be affected. NDTV According to a report of experts, MIS-C can affect all organs of the kidneys and brain besides lungs. Its better treatment is possible only when its symptoms are identified in its beginning and treated in time. Also Read – Revealed in Research: People Watch Porn For These Eight Major Reasons, You Also Know Symptoms of multi-organ inflammatory syndromeThe main symptoms of MIS-C are fever lasting three to five days. In addition, symptoms of severe pain in the stomach, low blood pressure and loose motion etc. have been reported. It has been reported from the news that cases of MIS-C have come out from Punjab, Maharashtra and the capital Delhi. Along with this, it has also been instructed by medical experts that parents especially keep an eye on the condition of their children at this time. If they have a fever for more than three days and have body pain with it, then be careful about it and understand that the matter is serious.