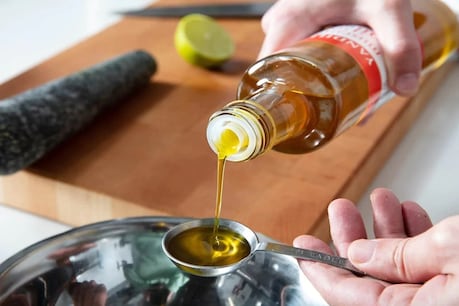 New Delhi. “Refined oil prices are touching the sky. Even on this, the Central Government has given permission for blending in oil. Big businessmen are doing arbitrariness in the name of blending. On the other hand, the government is giving permission for blending, but the government has no means to check the blending. This is the allegation of the National President of All India Edible Oil Traders Federation, Shankar Thakkar. He has alleged that in this way the pockets of the customers are being cut. The Agriculture Cooperation and Farmers Welfare Department of the Union Ministry of Agriculture and Farmers Welfare has issued a letter regarding blending on 17 May 2021.

In the name of blending, the younger is punished and the elder has fun.

Shankar Thakkar, national president of All India Edible Oil Traders Federation, says, “The government has withdrawn the ban on blending. Blending of other oils up to 20 percent has been allowed in any edible oil. But on the other hand, the government should also think that in the event of a small producer or shopkeeper accidentally mixing another oil in one oil, strict action is taken against it and it is given the name of “adulteration”.

But on the other hand, the government itself is giving approval to the big industrialists to do the blending. At the same time, the government does not have any such technology to check what percentage of oil is mixed under blending. That is, the possibility of blending of other oil increases in more than the written percentage. The government should also think about it seriously.”Good News! Mustard and refined oil will be cheaper than these 3 steps of the government, know how much the rates will fall

According to the rules, the blending should be like this

National President Shankar Thakkar said that there will be a blending of any one edible oil including rice bran oil in which the quantity of other refined oil used should not exceed 20 percent. The mixed edible vegetable oil should be clean, completely free from rancidity, odour, dirt and this oil separated water, sediment deposition. This mixed refined edible oil should not contain mineral oil, argemone oil, castor oil, neem oil, karanj oil, safflower oil and any other common fat, non-edible oil, artificial lubricant.