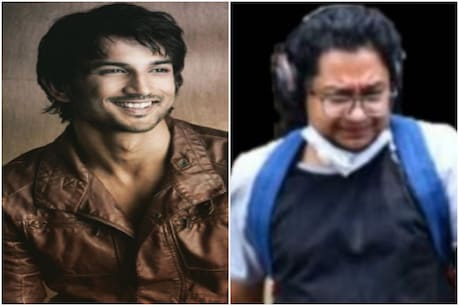 Sameer Wankhede said that, we have arrested Pithani under several sections. (File Photo)

Siddharth Pithani was presented before the court in Mumbai on 28 May. The court sent Pithani to NCB custody till June 1, 2021. Whether Pithani has a direct connection with the Sushant Singh Rajput drug case, Sameer Wankhede said, ‘I cannot disclose’.

Mumbai. Siddharth Pithani, one of the absconding accused in a drug case related to Sushant Singh Rajput Death Case, was arrested by a team of Narcotics Control Bureau (NCB), Mumbai. Pithani was arrested from Hyderabad on May 26. After his arrest, Siddharth Pithani was produced in a Hyderabad court. The Honorable Court has granted his transit warrant and the said accused has been brought to Mumbai. Thereafter, Pithani was produced before the Hon’ble CMM Court in Mumbai on 28 May. The court sent Pithani to NCB custody till June 1, 2021. When asked if Sidharth Pithani has a direct connection with Sushant Singh Rajput’s drug case, Sameer Wankhede said, “I can’t disclose, as much as police custody and much more is yet to be done, but that is crime number 16 (Sushant Singh Rajput). Singh was one of the key suspects in the Rajput drug case) and he was one of the key members of Sushant Singh Rajput’s Dream 150 team and we have found some important evidence for which we have arrested him under several sections.

Earlier notices were given to Siddharth Pithani, but he did not join the investigation. According to sources, action was taken against Siddharth Pithani after NCB got the phone and WhatsApp chat details. Some of the evidence in the chat details indicated that he allegedly had links with drug suppliers.