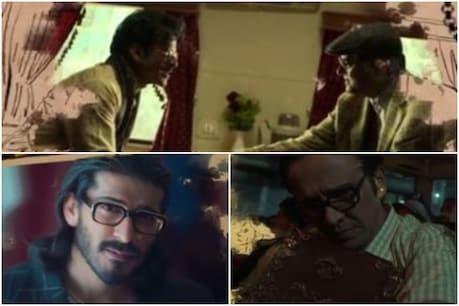 Netflix has unveiled the teaser and star cast of the anthology series ‘Ray’ based on the stories of Satyajit Ray. ‘Ray’ will have four short stories based on love, lust, betrayal and truth.

New Delhi Netflix on Friday (May 28) released the teaser of its anthology series, ‘Ray’ based on the stories of filmmaker Satyajit Ray. Directed by Abhishek Chaubey, Srijit Mukherji and Vasan Bala, ‘Ray’ will premiere on June 25. ‘Ray’ will feature four short stories based on love, lust, betrayal and truth, which introduce Satyajit Ray’s visionary writings.

The third story ‘Baharupiya’ has been directed by Srijit Mukherjee. It stars Kay Kay Menon and Bidita Baig. The fourth story, starring Harshvardhan Kapoor, has been directed by Vasan Bala, titled ‘Spotlight’. 2021 is the centenary year of Satyajit Ray. Often considered one of the greatest directors of world cinema, Ray has worked exclusively in Bengali cinema.

Let us tell you that in 1950 Ray visited London, where he saw Vittorio De Sica’s 1948 film Ladri di Biciclet (Bicycle Thieves), which inspired him to become a filmmaker. In 1955, Ray made his directorial debut with ‘Pather Panchali’. He directed 36 films, including 29 feature films, five documentaries and two short films.