Which hatchback car is better in Hyundai i20 Turbo and Volkswagen Polo, know everything 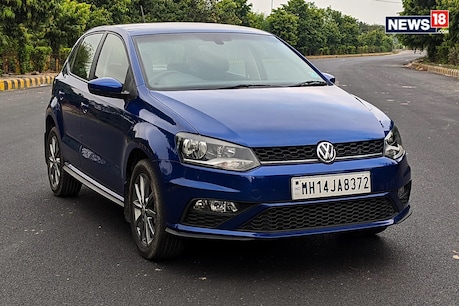 Volkswagen car will be cheaper than Hyundai.

In the Hyundai i20 Turbo, the company has given the option of 7 speed DTC and 6 speed iMT transmission. Whereas in Volkswagen Polo, you will get 6 speed manual and 6 speed automatic transmission only.

New Delhi. Hyundai and Volkswagen are one of the best car companies in the world. Cars of both these companies are very popular in India. Which every Indian likes to buy. But the most liked budget cars of both these companies are the i20 Turbo and Volkswagen polo. But you don’t know yet, which of these two cars is the most suitable for you. In such a situation, we are sharing the information given to you by Carwaleindia. So that you can choose the car according to your need. i20 Turbo and Polo Price – If we talk about the price, then Volkswagen’s car is cheaper than Hyundai. The ex-showroom price of i20 Turbo is Rs.8 lakh 82 thousand. At the same time, the price of Polo is only 7 lakh 41 thousand rupees. In such a situation, if you are thinking of buying a cheap car, then Polo cars are better. Also read: These great automatic cars come in less than Rs 5 lakh! Will get mileage of 22 km per liter, know everything Engine of i20 Turbo and Polo – Hyundai has given a 998 cc engine in its i20 Turbo which generates power of 118 bhp and torque of 172 Nm. On the other hand, in Polo, the company has given a 999cc engine which generates power of only 109 bhp and torque of 175 Nm. If we look at the power, then the i20 Turbo beats Volkswagen’s car here.Also read: These 5 high performance bikes of Royal Enfield are going to be launched, know what will be special Transmission in i20 Turbo and Polo – In Hyundai’s i20 Turbo, the company has given the option of 7 speed DTC and 6 speed iMT transmission. Whereas in Volkswagen’s Polo, you will get 6 speed manual and 6 speed automatic transmission only. On the other hand, if we talk about the capacity of the fuel tank, the i20 will get 37 liters and the Polo will get 45 liters of fuel tank capacity.