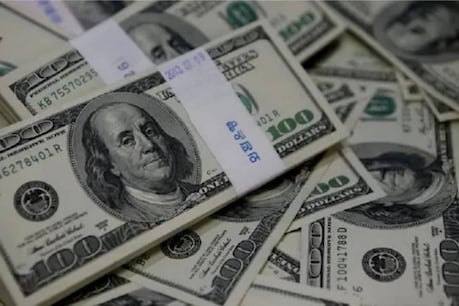 According to DPIIT, which comes under the Ministry of Commerce and Industry, India received FDI of $ 13.82 billion from the US in the year 2020-21.

New Delhi. America has become the second major source of Foreign Direct Investment (FDI) in India and has pushed Mauritius to the third place. Singapore remains in the first place.

According to the data released on Friday by the Department for Promotion of Industry and Internal Trade, ie DPIIT, under the Ministry of Commerce and Industry, FDI worth $ 13.82 billion to India from the US in the year 2020-21. Has received. During this period, FDI received from Singapore stood at $ 17.41 billion.

FDI of $5.64 billion from Mauritius

During the year 2020-21, FDI of $ 5.64 billion was received from Mauritius. It was followed by the United Arab Emirates of $4.2 billion, Cayman Islands $2.79 billion, Netherlands $2.78 billion, Britain $2.04 billion, Japan $1.95 billion, Germany $667 million and Cyprus $386 million.Also read- Good news: Now you will be able to invest in other cryptocurrencies including Bitcoin like FD, you will earn big, know how?

According to government data, FDI in India increased by 19 percent to $ 59.64 billion during the year 2020-21. In order to attract foreign investors, the government has taken several policy reforms, investment facilitation and several steps for further ease of doing business during this period.

read this also- PM Jan-Dhan Account: If you have also opened Jan Dhan account then you will get Rs 1.3 lakh, know how

If we add to this the reinvestment of capital and profit by the earlier FDI investors, then the total FDI in the year 2020-21 was equal to $ 81.72 billion, which is 10 percent more than $ 74.39 billion in 2019-20. During the last financial year, the computer, software and hardware sectors topped in terms of attracting FDI with an investment of $26.14 billion. It was followed by infrastructure ($7.87 billion) and the service sector ($5 billion).