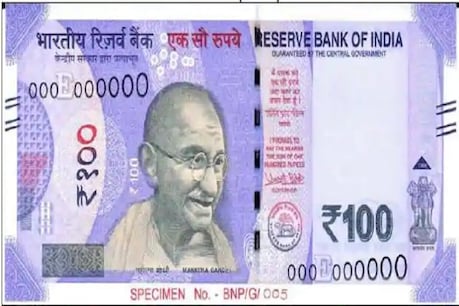 Very soon you will have a shining new note of Rs 100 in your pocket. This new note of 100 rupees (New Rs 100 note) will not burst, neither will it be cut nor will it get soaked in water. RBI is printing 1 billion such notes.

New Delhi. Very soon you will have a shining new note of Rs 100 in your pocket. It is being said about this new Rs 100 note that it will neither burst, neither will it be cut nor will it melt in water. Actually, the Reserve Bank of India (RBI) is preparing to issue a varnished note of Rs 100. RBI has been printing 1 billion such notes (Rs 100 currency). The reason behind varnish-coating of new Rs 100 note is to make the notes durable and safe. However, now it will be released on a trial basis. After the successful field trials, the varnished notes will be launched in the market and the old notes will be gradually taken out of the system. Let us inform that this information has been given by the Reserve Bank in its annual report. so Let’s know the specialty of this note-

This note will be of purple color only

Let us tell you that at present, 100 rupees notes of purple color are already present in the market. RBI will now issue new notes of Rs 100 with varnish. This note will be of purple color only. The biggest feature of the new 100 rupee note will be that it will not spoil in any way. Even after folding it a thousand times, this note will be cut, not torn. Water will also not affect the new Rs 100 note, because these notes will be coated with varnish paint. Varnish paint is the same as that used on wood. Existing notes perish quickly. They get cut or dirty very quickly. 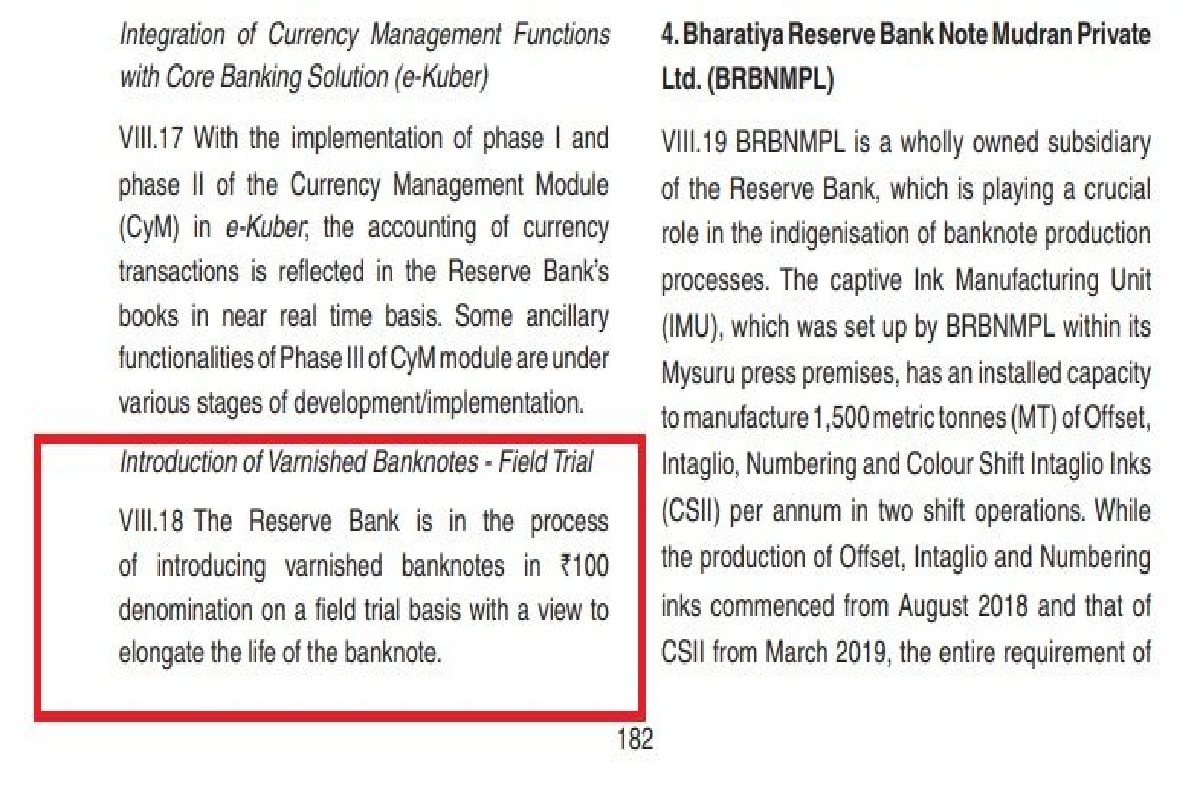 Also read- Gold Price: Gold becomes cheaper by up to Rs 8000! There is a great opportunity to buy in the wedding season, see the latest rate immediately

Will the design of the note change?

Also read- Get 5000 rupees every month by investing just 7 rupees in this government scheme, know how?

Government has already given approval

It is worth noting that the Central Government has already given approval to the Reserve Bank of India to print one billion varnished notes of denomination of 100 rupees. Last year, Minister of State for Finance Anurag Singh Thakur gave this information in the Rajya Sabha in a written reply to a question. He had said that the government has approved the introduction of one billion varnished banknotes. Such banknotes can be used for a long time.