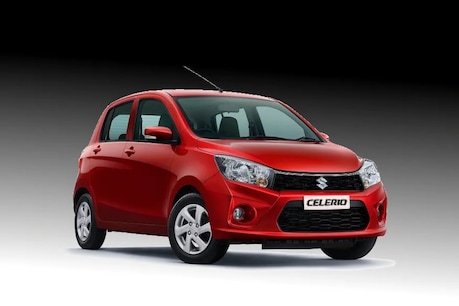 The next version of this car of Maruti is going to be launched soon.

The expected price of Maruti Suzuki Celerio can be between Rs 4.5 lakh and Rs 6.5 lakh. And this new Celerio will also compete with cars like Tata Tiago and Hyundai Santro in the Indian market.

New Delhi. The country’s largest vehicle manufacturer Maruti Suzuki is preparing to launch the second generation car of its car Celerio soon. This new Celerio has been publicly spotted several times during testing. The company launched this car for the first time in 2014. At that time it was considered an affordable automatic gearbox car, because the company had given AMT gearbox technology in it. So let us tell you in detail about the second generation avatar of this car.

Engine of Maruti Celerio – According to media reports, the company is providing the 1.0-liter three-cylinder K10 engine in this car as before, but can also give the 83 hp 1.2-liter K12 engine with more power like the WagonR in this car. The gearbox can also be an option of a 5-speed manual and a 5-speed AMT, like the WagonR. The company is preparing it on the Heartect platform, earlier on this platform the company had prepared its S-Presso and WagonR on this platform. Due to the new platform, the car may be slightly bigger in size. And for the convenience of the passengers, a wider cabin and longer wheelbase can also be given.

Also read: These top 4 SUVs including Hyundai Alcazar and Mahindra XUV700 will be launched soon, know everything

Interior of Maruti Celerio – After being publicly spotted and images leaked online, it is known that the interior of the car has undergone a lot of changes, it can be given a new and luxurious dashboard design as well as a redesigned steering wheel. Along with this, the company’s SmartPlay infotainment system can also be given in its interior. The car’s design has also been updated, with a thinner grille at the front, swapped back headlamps, tear-drop shaped tail lamps, more inclined windshield and newly designed alloy wheels. Also read: SUVs of MG Motors will be affordable, the company started this work for this, know everything

Maruti Celerio price – The expected price of the car can be between Rs 4.5 lakh and Rs 6.5 lakh. And this new Celerio will also compete with cars like Tata Tiago and Hyundai Santro in the Indian market.