Randeep Hooda’s co-star Richa Chadha has also got angry over the actor’s statement. He has tweeted that this joke of the actor is very lousy.

Mumbai. A year-old video of Bollywood actor Randeep Hooda went viral and there was an uproar. Randeep made lewd-sexist comments on Mayawati, after which he came under target of the people. On social media, questions are being raised about the tagged statements of celebs. Recently, Randeep’s co-star Richa Chadha has also got angry over the actor’s statement. He has tweeted that this joke of the actor is very lousy.

A nearly 9-year-old video of Randeep Hooda is going viral, in which he is seen making racist-sexist comments on former Uttar Pradesh Chief Minister Mayawati. After this video went viral, he has come under target of a section of netizens. Recently, Richa, who worked with the actor in the film ‘Sarabjit’, has called this comment of her wrong.

Actually, in a tweet, sharing the video, Bollywood actress Taapsee Pannu, Swara Bhaskar, Konkona Sen Sharma and Richa Chadha have been tagged. With this, was asked if she would condemn it. After watching this video, Richa Chadha has condemned Randeep’s lewd joke on social media. 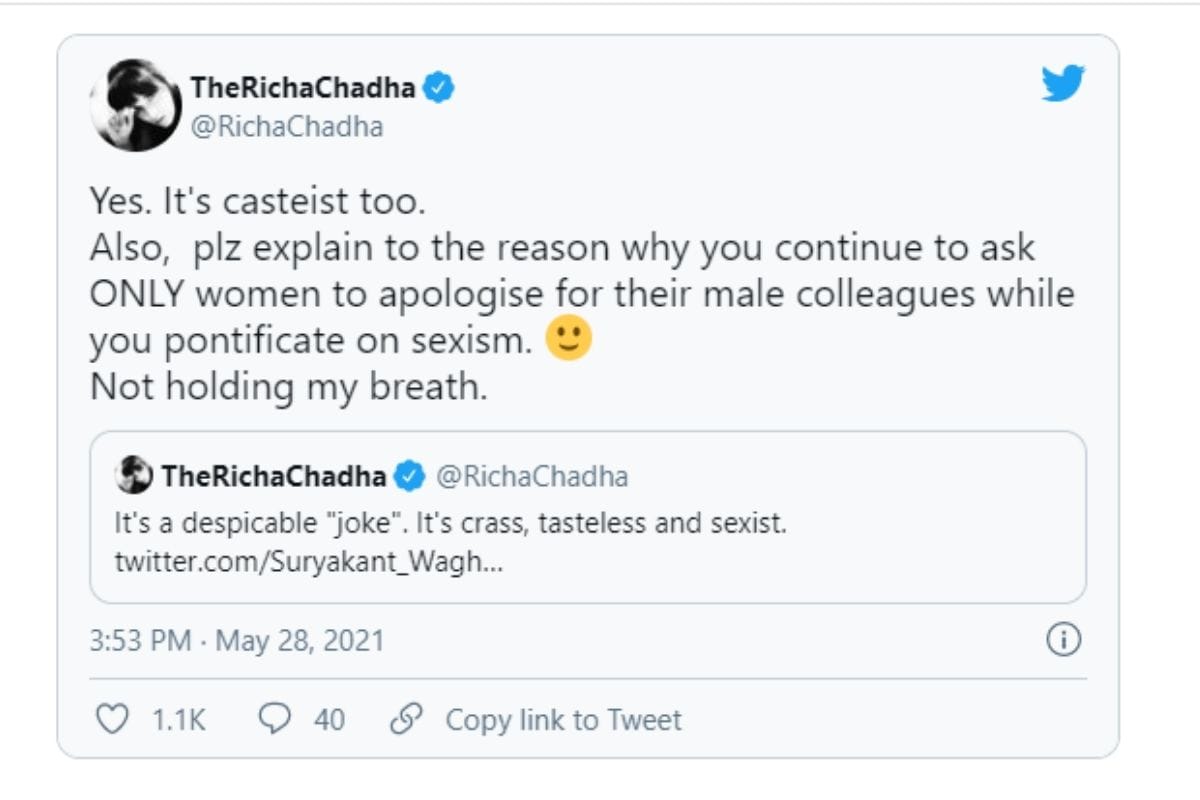 The actress wrote, ‘Yes, there is also racist, besides, please also explain the reason why you only ask women to apologize to their male colleagues while you preach sexism, I am not holding my breath. is. quote Tweet. The actress has said that this is a very ridiculous joke, it is a racist comment, such vulgar jokes should not be done.

Bollywood actor Randeep Hooda has come under target of a section of netizens for this lewd joke about Mayawati. The viral video is of an event organized in 2012 by a media house. Which is about 43 seconds video, which was shared by a person on Twitter, after which it is becoming very viral. In the viral video, he tells the sitting audience that he wants to tell them a ‘dirty joke’. In the video, he is heard saying, ‘Mayawati is going with 2 children. During this time a person asked them that these children are twins? So Mayawati said that not one is four years old and the other is eight years old. Even so, everything is fine, but after this, people do not like what they say.