Ashta Abhay is seen in this song with Zaib Bhat. The pair of both is amazing in this and people are also very fond of it. Together, actress Kriti Aggarwal is also seen enhancing the beauty of the song.

Mumbai. Bollywood is going to get another new talented face from Jammu Kashmir as Jab Bhatt (Zaib Bhat), whose new song ‘Yaad Jaane Na’ has been released by Tea Series on Saturday. This song is getting tremendous views with the release. Ashta Abhay is seen in this song with Jab. The pair of both is amazing in this and people are also very fond of it. Together, actress Kriti Aggarwal is also seen enhancing the beauty of the song.

This new song ‘Yaad Jaay Na’ from Jab has been sung by famous singer Shaheed Mallya, while the music is by Raj Sen. The co-producer is by Chandan Sethi, Lyrics Niranjan Kumar. The director is Sanjeev Kumar Rajput. The project belongs to Imtiaz Bhatt, who is also the father of Jab Bhatt and is the owner of Wave Film Production. The first look of the song ‘Yaad Jaay Na’ was also very attractive, due to which the audience was already curious about the song. After the release today, this song is very liked by the audience. 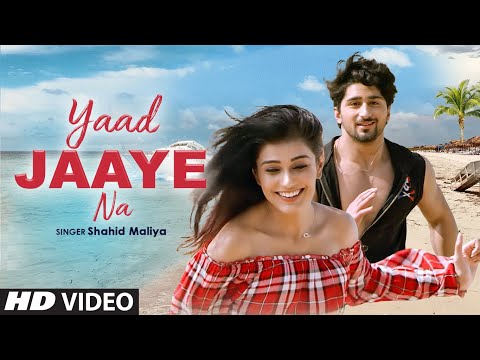 Let me tell you that Jab has won the title of ‘Championship Power of the Year’ in Jammu and Kashmir in Power Lifting and he has 5 songs apart from the song ‘Yaad Jaay Na’, which will be released in the next two-three months. Will be released from Along with this, his film Not Reachable is also going to come, in which his opposite will be Mugdha Godse and the film will also have Shakti Kapoor and Shahbaz Khan. Currently the shooting of this film is going on. Jab’s second film is Trafficking, in which many Bollywood celebrities will be seen. Jab has given special thanks for the song ‘Yaad Jaane Na’ – Santpal Singh Mann, Raj Gupta, Sunil Juneja, Shivendhu, Zeenat Parveen and Anuj Dixit.