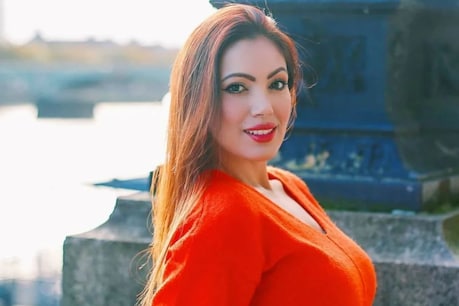 In a YouTube video, the actress was heard using the word alleged. (File Photo)

A police officer said, ‘Community leader and a political party worker Naresh Bohit (40) had given a complaint on May 12 at Goregaon police station in Mumbai. Based on that, a case was registered against Munmun Dutta.

Mumbai. Mumbai Police on Saturday filed a case against ‘Taarak Mehta Ka Ooltah Chashmah’ fame actress Munmun Dutta for using casteist slurs in a video. This video created a storm on social media a few days ago. The actress made a video about make-up, which she posted on YouTube on May 9. In this he was heard using a word for a specific community. This post was discussed a lot on social media.

The official said that the Indian Penal Code (IPC) sections 295 (A) (deliberate and malicious act done with intent to outrage religious feelings of any class by insulting its religion or religious beliefs) and Scheduled Castes, the official said. And a case has been registered under section 3 of the Scheduled Tribes (Prevention of Atrocities) Act, 1989.

Munmun Dutta had apologizedAfter this comment, the actress was criticized a lot. After this, on May 10, she also apologized, in which she said that she did not know the meaning of the said word due to being from a different linguistic region. She respects all castes and communities and had absolutely no intention of speaking such a wrong thing about anyone. He said that people of every caste, community, religion have a contribution in the development of the country and society. Earlier, similar cases have been registered against the actress in Haryana, Madhya Pradesh and Gujarat.