Kirti Kulhari made her Bollywood debut in 2010 with the film ‘Khichdi The Movie’ (Photo Credits: Instagram/iamkirtikulhari)

Today is the birthday of actress Kirti Kulhari. On this occasion, the fans of the actress are congratulating her a lot. Apart from being a great actress, she is also a model and has appeared in many successful Bollywood films.

New Delhi: Today is the birthday of actress Kirti Kulhari, who has appeared in films like ‘Uri: The Surgical Strike’ and ‘Mission Mangal’. She is celebrating her 36th birthday today i.e. on 30th May. Today, on this special occasion, we are sharing some important things of his life with you.

Kirti was born on 30 May 1985 in Jhunjhunu, Rajasthan. The actress had to come to Mumbai due to her father’s job. He was an officer in the Navy. The actress studied management and journalism in Mumbai. Had Keerti not forayed into acting, she might have been a journalist.

Let us tell you that Kirti’s Bollywood career started with the film ‘Khichdi the Movie’ released in the year 2010. Kirti Kulhari’s acting in the film ‘Pink’ was highly appreciated. Among the stellar actors like Amitabh Bachchan and Taapsee Pannu, she managed to make her mark. In the film, he played the role of Taapsee’s friend. Apart from this, she has appeared in films like ‘Shaitan’, ‘Indu Sarkar’, ‘Blackmail’, Kaminea, Jal, Super Se Upar. 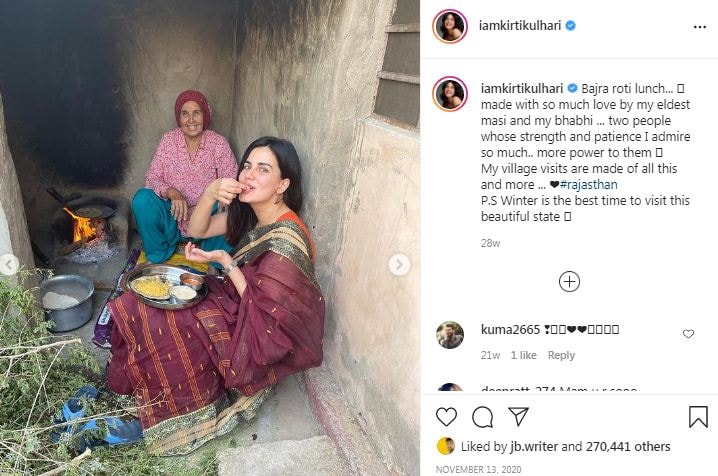 A few days back, the actress had informed about this by sharing a long post on social media. According to the news, Kirti and Sahil used to work together. That’s when their relationship started. After two months of dating, Keerti proposed Sahil for marriage and the two got married in 2016.