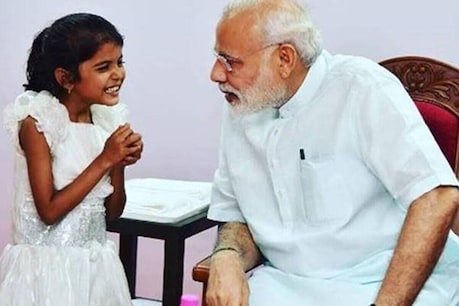 PM Cares For Children Fund: Prime Minister Narendra Modi has given great relief to the orphans who lost their parents in the corona virus epidemic. Such children will get free education, treatment, insurance and stipend facility under the ‘PM Cares for Children’ scheme.

New Delhi. The central government has made a big announcement for the children who lost their parents in Corona (Covid-19). Such children will get free education and treatment facilities. Monthly stipend will be given on attaining the age of 18 years and financial assistance of Rs 10 lakh on attaining the age of 23. PM Modi has announced that all the children who have lost both parents or guardians due to Corona will be given assistance under the PM CARES for Children scheme.

The PMO issued a statement saying that under the Cares for Children scheme, when the children orphaned due to Kovid turn 18, a fund of Rs 10 lakh will be created under a special scheme and every month they will get a stipend from it, so that education During this time they can fulfill their personal needs. At the same time, at the age of 23, the remaining amount in this fund will be given to him in a lump sum.

Also read: Government made a big announcement! Those with salary up to 21 thousand will get pension, these people will benefit from ESIC’s family pension schemeGovernment will bear the cost of education

PM Modi said that such orphan children below the age of 10 years will be given admission in the nearest Kendriya Vidyalaya. On getting admission in private school, their fees will be deposited by the central government from PM Cares Fund. Apart from this, the central government will also bear the cost of children’s books, school dress etc. At the same time, children above the age of 11 years will be admitted in Sainik School and Navodaya Vidyalaya.

The central government will bear the interest on education loan of such orphaned children in higher education. Along with this, their course fee and tuition fee will also be given from PM Cares Fund. Also, all orphan children will get health insurance of Rs 5 lakh under Ayushman Bharat scheme. The premium will be paid by the central government till the age of 18 years.

Also read: Central government is giving a chance to win 5 lakh rupees, this work will have to be done before June 25

Announcing these schemes, the PM said that children are the future of the country. The government will do everything possible to help them. The government wants them to become strong citizens and have a bright future.