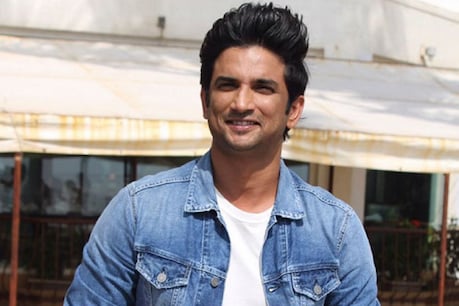 The High Court refused to stay the release of the film ‘Nyay: The Justice’. (file photo)

Soon after the Delhi High Court refused to stay the release of the film ‘Nyay: The Justice’, Sushant Singh Rajput’s sister Meetu Singh has reacted to the verdict. Sushant’s father had filed a petition in the High Court.

New Delhi. The Delhi High Court on Thursday refused to stay the release of ‘Nyay: The Justice’, a film based on the life of late Bollywood actor Sushant Singh Rajput. Sushant’s sister Meetu Singh has expressed her reaction on social media on the High Court’s decision.

Sushant’s father had filed a petition in the High Court demanding that the films made on Sushant’s life and various proposed projects based on his life should be banned. This petition was filed by Sushant’s father Krishna Kishore Singh. Soon after the Delhi High Court refused to stay the release of the film ‘Nyay: The Justice’, Mitu Singh tweeted, “Extremely disappointed with the verdict.”

A bench of Justice Sanjeev Narula dismissed an application filed by Sushant’s father against the film and other ventures, seeking a stay on films made on Sushant’s life and other projects related to his life.

Let us tell you that on June 14, 2020, Sushant Singh Rajput was found dead in his flat in Bandra, Mumbai under suspicious circumstances. After this, the Mumbai Police started investigating his murder. NCB is also investigating after the drugs angle came to the fore in this case. Finally, following the direction of the Supreme Court, the investigation into the alleged suspicious death of Sushant was handed over to the CBI. After Sushant’s death, his father filed a case against actress Rhea Chakraborty for abetting Sushant’s suicide. After this Riya was taken into police custody. He was granted bail after being in jail for several days. The matter is also being investigated from the drugs angle.