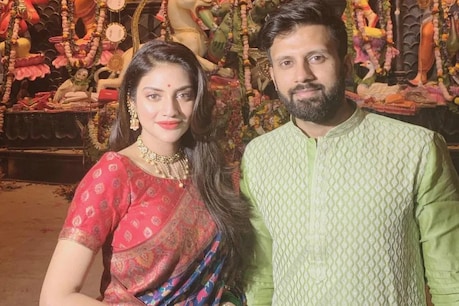 Nusrat Jahan’s husband Nikhil Jain has said that ‘we lived like husband-wife and we introduced ourselves like this in the society too. I invested my time and other things like husband. Family and friends all know what I did not do for Nusrat.

Mumbai. Bengali actress and TMC MP Nusrat Jahan is in discussion about her marriage and pregnancy. The relationship between Nusrat and her husband Nikhil Jain had deteriorated since last year. When the matter of divorce arose, Nusrat had clearly said that her Turkish marriage is not valid in the country, so how is the divorce. Nusrat, who is active on social media, has deleted her wedding pictures.

Nusrat Jahan is living separately from her husband for the last 6 months. Nusrat Jahan had accused her husband that Nikhil Jain had illegally withdrawn money from his bank account without his knowledge. Now Nikhil Jain has given his side about Nusrat’s allegations and married life. In his one-page statement, Nikhil has written- ‘There was no love, even after this I proposed Nusrat. He happily adopted me. We went to Turkey for the destination wedding. After getting married in 2019, we also gave a reception in Kolkata.

Apart from this, he has written that ‘We both lived like husband-wife and we introduced ourselves in the same way in the society. I invested my time and other things like husband. Family, friends and close ones all know what I did not do for Nusrat. I have always supported him without any greed. However, after some time of marriage, his attitude towards me and married life started changing.