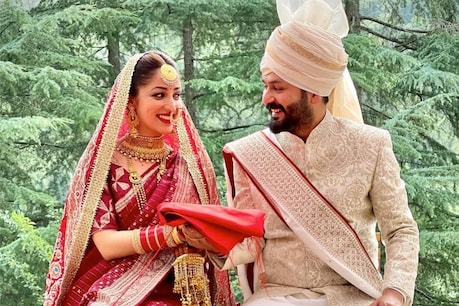 Yami Gautam and Aditya Dhar took seven rounds in the presence of the family in Himachal. photo [email protected]/Instagram

Bollywood actress Yami Gautam and Aditya Dhar married each other in a private ceremony last week. Aditya and Yami kept their affair and then marriage completely secret.

Mumbai. Beautiful pictures of Yami Gautam, who surprised people by marrying with simplicity, are becoming very viral on social media. People are liking the simple look of the bride in Pahari Nath, the pavilion decorated with pine trees, marigold flowers and banana leaves. Yami Gautam, who became a bride in this marriage, which was concluded with 18 people during the Corona period, was seen in classic red outfits. The red color saree she wore for 7 rounds belonged to her mother, who is about 33 years old (Yami Gautam worn her mother 33 year old saree).

Bollywood actress Yami Gautam and Aditya Dhar married each other in a private ceremony last week. Aditya and Yami kept their affair and then marriage completely secret. From 2019, both started understanding each other and then gave a new name to the relationship. The red sari that Yami wore in her wedding is being discussed a lot. The red sari that the Bollywood actress wore was quite a classic. 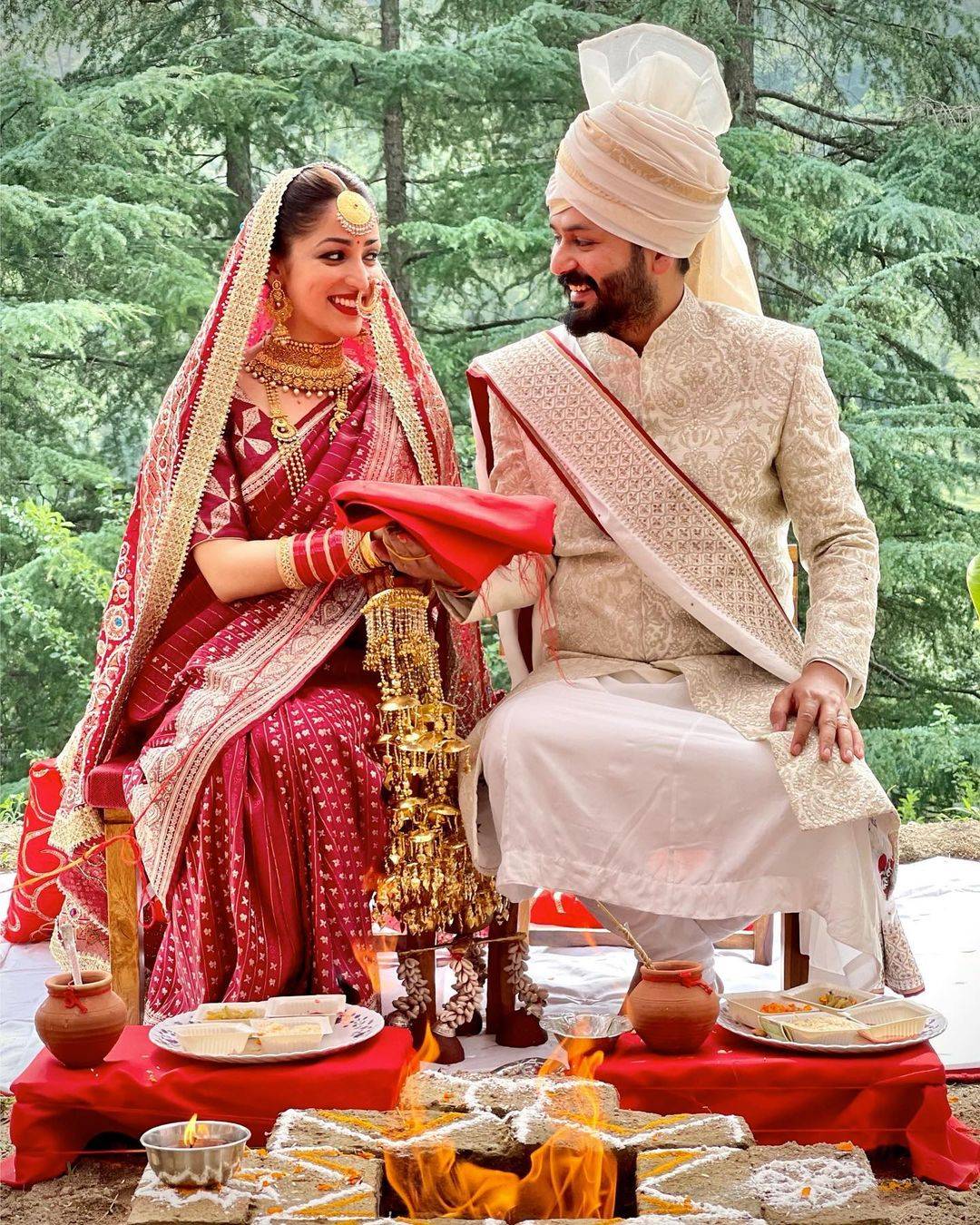 According to the news of Pinkvilla, that sari belonged to his mother, who is about 33 years old. The traditional silk saree was surrounded by gold work. The actress carried a matching red dupatta given by her grandmother along with her mother’s sari. The nose nath that Yami wore was a gift from her grandmother. Yami was wearing inherited jewellery, which included a royal gold set, maang tika and kaleere.

The makeup of the actress’s wedding was not done by any artist but by the actress herself. Not only this, the hairstyle of the actress was made by sister Surili Gautam. This simplicity of Yami has won the hearts of the fans.