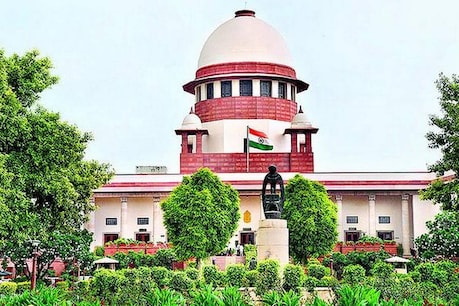 New Delhi. The Supreme Court has dismissed the petition seeking interest waiver from the Central Government along with taking the loan moratorium scheme further.

New Delhi. Those who are facing financial problems due to Corona virus epidemic and were expecting relief in EMI of loans from the government, have got a big setback from the Supreme Court. The Supreme Court has dismissed the petition seeking interest waiver from the Central Government along with taking the loan moratorium scheme further.

Earlier on May 24, the Supreme Court had postponed the hearing in this case till June 11. But today the court dismissed this petition saying that it is a policy matter and the court has already said not to interfere in it. The Supreme Court asked the petitioners to approach the Central Government and the Reserve Bank of India (RBI) for their demand.

The Supreme Court told the petitioners that you go to the government. The government has more work to do, it has to vaccinate people and solve the problem of migrant laborers. The court cannot interfere in this matter, because the government is also facing a severe financial crisis due to Corona.

In this petition, it was requested that in view of the new wave of Kovid, once again the loan moratorium scheme should be implemented. The outbreak of the second wave of Corona continues in the country. Many states have imposed lockdown.

Due to this economic activities have been affected and business has come to a standstill. A large number of people are getting infected and a large part of their earnings is being spent on treatment. In view of this, a demand was made from the central government to give financial relief, which was turned down by the Supreme Court today.