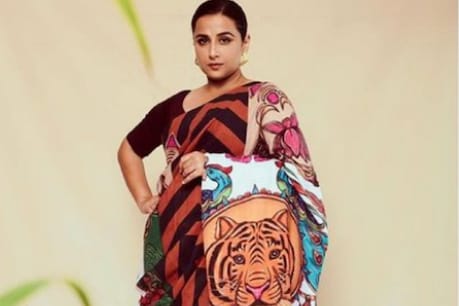 Vidya Balan is passionate about her work. (Photo Credits: balanvidya/Instagram)

Vidya Balan speaks a dialogue in her upcoming film ‘Sherni’, ‘No matter how dense the forest is, the lioness finds her way’. This dialogue also fits perfectly in Vidya’s personal-professional life as a passion for her work is visible in her.

Mumbai : bollywood actress Vidya Balan These days he is in discussion about his film ‘Sherni’. The film is scheduled to release on June 18 on Amazon Prime Video. Vidya has challenged the stereotype thinking of Bollywood by playing different roles in her film career. The actress, who has completely penetrated the character of her film, has always shown strong acting. Vidya is considered one of the actresses who put her life in every film.

Vidya Balan while talking to the media told that I did not try to break the stereotype. But from the experience of my life, especially as an actor, I realized that I will not let any obstacle come in my way. The 42-year-old actress said that ‘if someone tells me that as an actor I am too short, too fat, too bold or too shameless or too intelligent or whatever I am. I can’t change myself as I am but I can choose my own path’.

Vidya says, ‘I focus on the passion I have for work because I cannot bring any change in myself. I am not trying to break the leaks that have been created. I choose the role according to me. As an actor, I am progressing in my own way. Vidya Balan started acting at the age of 16 with the TV serial ‘Hum Paanch’. Vidya made her Bollywood debut in 2005 with the film ‘Parineeta’. Apart from this, doing films of different genres like ‘Bhool Bhulaiyaa’, ‘No One Killed Jessica’, ‘The Dirty Picture’, ‘Paa’, ‘Kahaani’, ‘Mission Mangal’, ‘Tumhari Sulu’, ‘Shankuntala Devi’. Has always surprised the audience. Now in ‘Lion’ she will be seen playing the role of a forest officer.