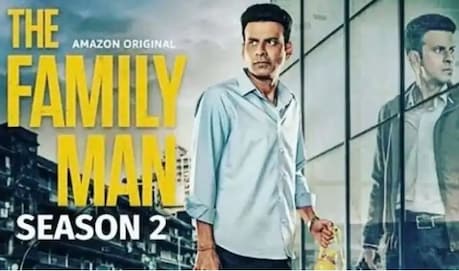 The Family Man 2: The film has been released on Amazon Prime Video on June 4. (file photo)

Actor Manoj Bajpayee has impressed the audience and fans with his stellar performance in the second season of the web series ‘Family Man’. According to a report, the actor has increased his fees for ‘Family Man 3’.

New Delhi: Actor Manoj Bajpayee has captivated the audience and fans after his stellar performance in the second season of the web series ‘Family Man’. This series was released on 4 June. The second season of this web series has proved to be a tremendous hit. Amidst all this, there is news that Manoj Bajpayee has decided to increase his fees. According to a report, the actor has increased his fees for ‘Family Man 3’.

According to a report in Bollywood Hungama, a source has revealed that Manoj Bajpayee has demanded Rs 2.25 to 2.50 crores for every episode. The source said, “As per what we have heard, for ‘The Family Man Season 3’, Manoj Bajpayee has demanded Rs 2.25 to 2.50 crores for each episode. The actors feel they deserve it, as it has become one of the most watched shows ever. Apart from this, he is the lead actor and the audience knows about his performance. That’s why they have demanded to increase the fees, which is being discussed.

According to the report, an industry expert told that the actor has demanded a total of 20.25 crores or 22.50 crores. The source added, “Assuming that ‘The Family Man Season 3’ has 9 episodes, Manoj Bajpayee has demanded around Rs 20.25 crore or Rs 22.50 crore in total. This is more than double that of season 2. It’s a huge jump, but they deserve it too. Today Manoj Bajpayee is the Aamir Khan of the digital world. His presence has helped the show and so has his performance. If they get this amount, it will be great. The web has proved to be a boon for talented actors like him.